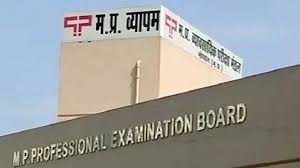 He was produced before the Trial Court, Vyapam cases, Indore on 13.11.2018 and was sent to Judicial Custody.

After investigation, CBI filed a charge sheet on 21.01.2019. The trial of the case was continued during the pandemic situation of Covid-19.

The Court found the accused guilty and convicted him.

CBI had registered a case on 31.05.2016 and taken over the investigation of the FIR No. 243/2004, earlier registered at Police Station Morghat Road, Khandwa (Madhya Pradesh). The instant case was one of the 155 cases registered on the orders of  Supreme Court of India. It was alleged that the accused Manish Kumar (an impersonator in the written examination of PMT-2004 on behalf of the candidate) was absconding since 2004 after he was granted bail by the Trial Court. It was alleged that he was caught on the spot in the examination hall by the Invigilators at the examination centre in a college at Khandwa (MP) during the PMT-2004 examination on 11.06.2004. The said accused was charge-sheeted in absentia by Local Police along with the other accused. The Trial Court acquitted the candidate and the middleman and did not pronounce the judgment against the absconding accused Manish Kumar.

During CBI investigation, it was learned that Shri Manish Kumar was absconding since 2004 itself. It was also alleged that he had wrongly mentioned his father’s name and gave the wrong residential address of his village at District Patna (Bihar) in the statements/records. After intense and continuous efforts, CBI found his father’s correct name and his address at Patna. It was also found that he completed his MBBS from Darbhanga (Bihar) in 2011 and was studying in MD from Varanasi (UP).