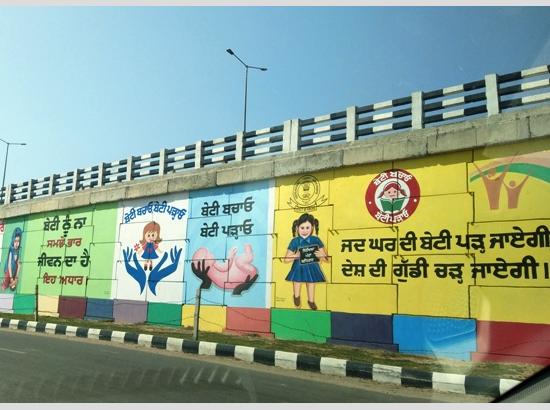 Ferozepur, January 23, 2021:  Despite the fact that Punjab is known for its adverse sex-ration, Ferozepur District has shown improvement in child sex ratio from 881 to 947.  The position of Ferozepur is better than other  districts like Bathinda, Mohali, Ludhiana and Sangrur,  in the state

According to the NITI Aayog’s SDG 2019 Index, the sex ratio in Punjab fell from 893 to 886 in 2019, and the state lagged behind the national average of sex ratio indicator as India’s sex ratio average is 896.

The credit for the improvement in sex ratio is due to organizing various awareness programmes on regular basis,  at the district level to eradicate social evils like feticide, child marriage in the society and the right of the girl child. Besides, the emphasis is also laid on giving them all opportunities to study, move forward and give them the same rights as of boys.   The girls who have excelled in education or other fields are also honoured on National Children Day.