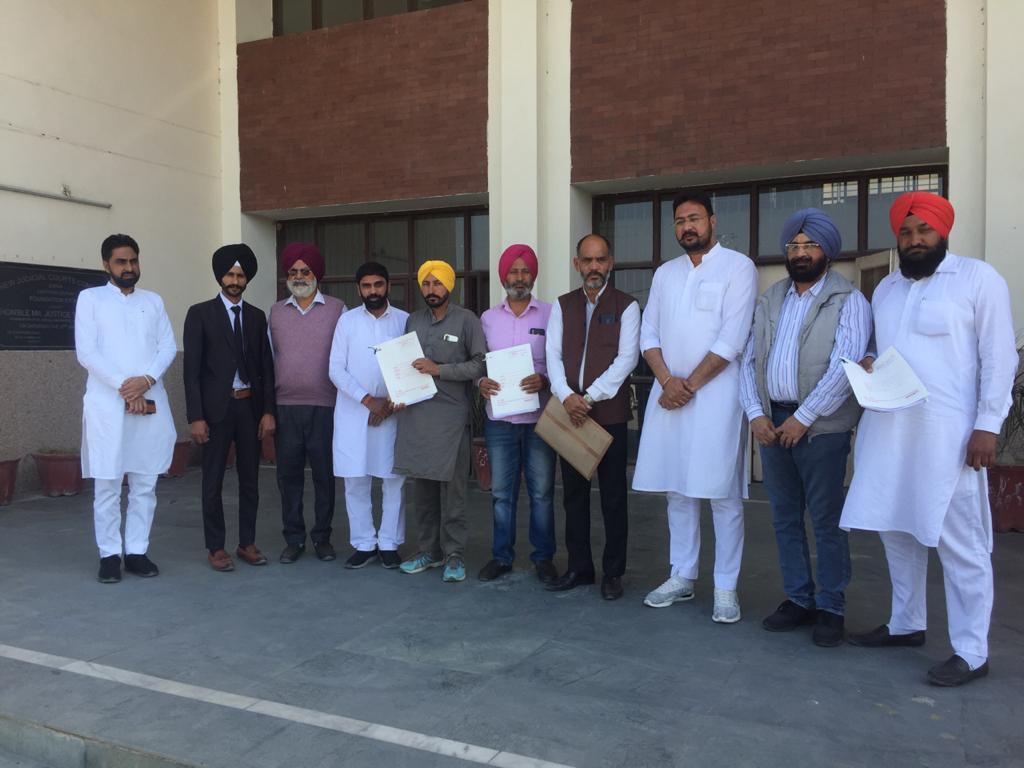 Ferozepur, March 2, 2021:  Local farmers have filed defamation cases in the court of law at Ferozepur and Zira, against four BJP leaders including Dy.CM Gujarat for their alleged controversial remarks against the on-going farmers’ fight against the repealing of 3-Farm Laws, through his Advocate Rajnessh Dahiya.

Earlier, a legal notice was sent on January 20, for using controversial words like Khalistani, hypocrite, pro-China – seeking an unconditional apology to be public or face the music of law.

Advocate Dhaiya said, the notices have been sent by farmers Jagjit Singh of Boranwali to Dy.CM Gujrat Nitin Patel for the statement of December 18, by Sarabjit Singh of Asheake to  BJP National Secretary Ram Mahadev on December 30, through Tweet,  by Balraj Singh of Katora to MP-Actor Ravi Kishan in Tweet on December 24 and Mangal Singh of Gurditi Wala to Union Cabinet Minister Giriraj Singh through Tweet on December 12, for the alleged defamatory and derogatory statements like pro-China, hypocrites, Khalistani, made by these leaders, Unconditional apology has been demanded making it clear that failure to accept will result in criminal proceedings in Ferozepur courts of law.

He said, the reply to the legal notice sent by Dy.CM  Nitin Patel through his lawyer was only for food. It is to be noted that for a long time now the farmers’ organizations have been fighting against the new black laws of agriculture and irritated by these struggles, BJP ministers and leaders have taken to social media platforms to defame the struggling farmers and controversial terms are being used.

SER TO RUN SPECIAL TRAIN BETWEEN HOWRAH AND DIGHA

Honesty is my only agenda, says Urmila Matondkar

FIR against 3 in UP Bar Council chief’s murder