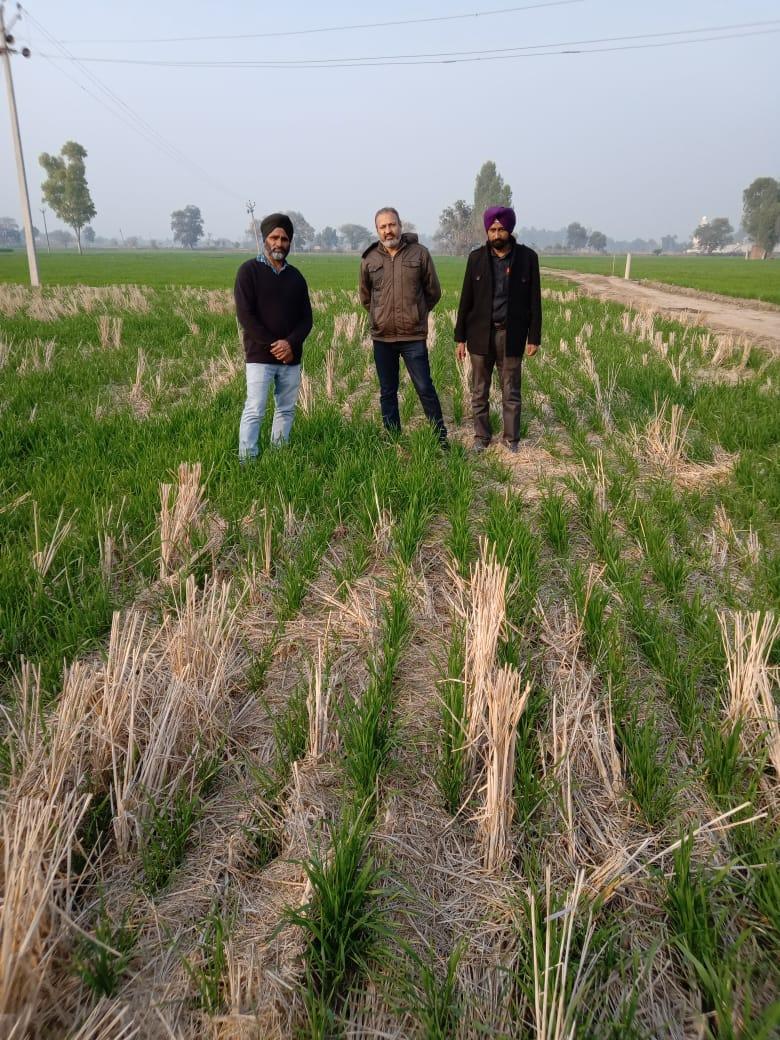 Jalandhar, October 17,2020: Jagjeet Singh of Lallian village has taken an oath to keep his village free of stubble burning and pollution-free. He has been making regular announcements in his village since the start of paddy harvesting season and pursuing other farmers to take his in-situ machines to manage the stubble.

Jagjeet who has been decomposing the stubble since 2017 in the fields and sowing potatoes immediately on a 325-acre land, said he has witnessed enormous strength of the soil and minimized use of the fertilizers.

He said the yield of potato crop has also increased manifolds and all this has become reality by just decomposing the stubble in the fields.

“ I have received mulcher, RMB Plough, Rotavator on subsidy from agriculture and farmers’ welfare department and these have benefited me a lot,” Jagjeet said and added he has been offering these machines to the other farmers without any charges.

He said he wants to keep his village clean and pollution-free due to which he decided to offer his machines to others so that they can also manage the stubble and contribute in the war against the stubble burning to save the environment.

Kulbeer Singh from Shadipur village has formed a group of farmers in his village and all of them are managing the stubble for the last five years.

He said he has been sowing wheat crop with happy seeder on a 260-acre land and it has prevented the growth of weeds in the fields. He stated he has not used pesticides since then and decreased the expenditure.

He said his village has not been burning the stubble for the last few years and farmers are managing the stubble by getting the machines from local co-operative societies.

Chief Agriculture Officer Dr Surinder Singh lauded the contribution of such farmers and said the administration will honour their active participation in the anti-stubble campaign to save the environment from the hazardous effects of the stubble burning.

BJP has no  iota  of farmer’s pain, SAD out on roads to save political ground- Ashu
The Prime Minister,Narendra Modi chairing a high-level meeting to discuss reforms in the Mines and Coal sectors, in New Delhi.
Comment

Civil Hospital of Ambala city will be upgraded to 300 bedded ,Vij