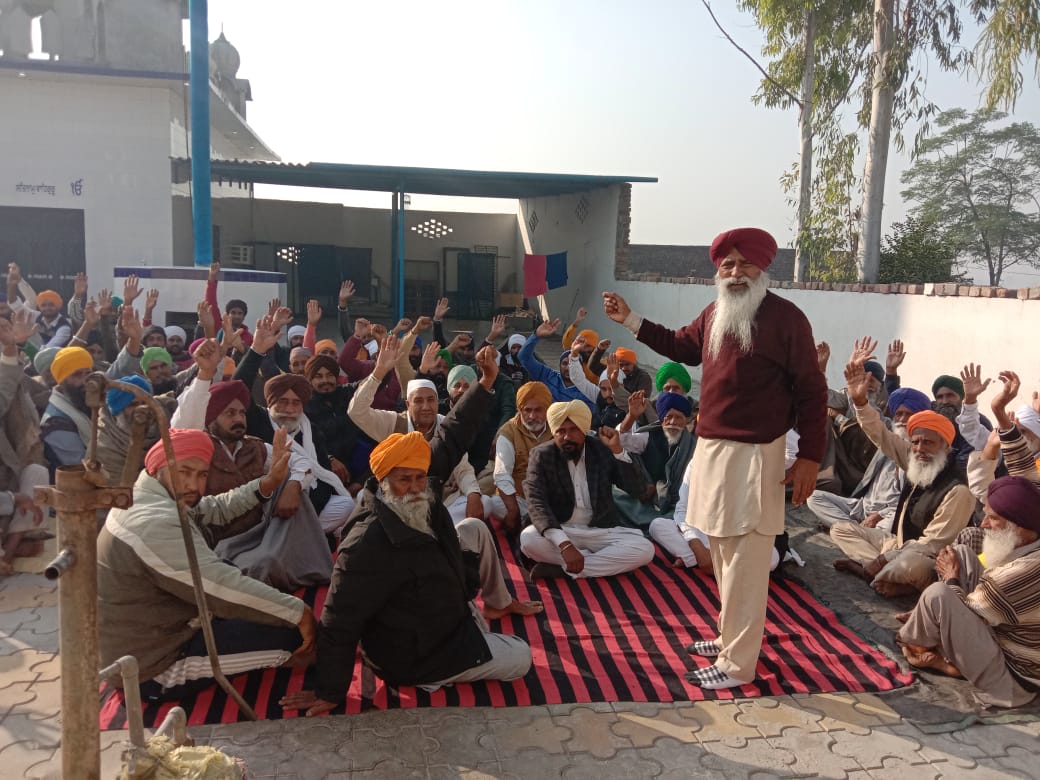 Ferozepur, December 2, 2020: In view of uncertainty and inconclusive over the meeting between the farmers and Union Ministers, the Kissan Mazdoor Sangharsh Committee-KMSC, Punjab have planned to move to Delhi on December 11 to participate in the protest to rollback three controversial Farm Laws.

In the meantime, farmer leaders spearheading protests in Delhi have called upon farmers across the country to burn effigies of Modi government and Corporate houses on December 5.

Divulging more, Baljinder Singh Talwandi Nepalan, Press Secretary KMSC said the dictatorial attitude adopted by the Union Government to enslave the people of the country in the hands of Corporate houses of Ambanis and Adanis, will never be allowed to succeed.

Addressing the meetings at various places, the State President Satnam Singh Pannu, District President Inderjit Singh Bath said that the Modi government don’t want to solve the problems purposely and repeatedly calling only the farmers’ organizations of Punjab. Whereas Modi should immediately call upon all the farmers’ organizations across the country to resolve these issues and repeal the tree Farm Laws and cancel all police cases by the Delhi Police on the farmers peacefully protesting for their demands.

The farmer’s leaders further said that Prime Minister Narendra Modi should address the issues of farmers and laborers who are considered as the backbone of the country by intervening otherwise the farmers would not shy away from making any sacrifice and holding repeated meetings.

The KMSC will send large convoys in the form of large jathas from different districts in the ongoing struggle in Delhi and will not end the struggle till these ordinances are repealed, they added.

Universities and colleges in Haryana will be smoke free from January 26.