Agriculture is the mainstay of the Indian economy. Nearly 70 per cent of our people are dependent on farming and other allied activities for their livelihoods. We cannot dream of a vibrant and Atma Nirbhar Bharat if our farmers are financially not so sound to meet their basic needs and give wings to the aspirations of their children as well. Since independence, farmers’ well-being has been debated widely and has always been followed by some policy initiatives aimed at empowering them. Ever since Prime Minister Narendra Modi led NDA government was formed at the Centre, the issue of farmers’ welfare has occupied the centre stage. To be fair to the current dispensation in general and Prime Minister Modi in particular, there is total clarity in their policies meant for farmers, aiming at their holistic growth. Though dissents are quite natural in a democracy as vibrant as ours, what pains one the most is not being prepared to accept something good, prepared with the intent to help out the harbinger of our hope – farmers, who have suffered from a multitude of woes since long.

The well-being of farmers is directly linked to the price they get against their produce; how cost-effective is farming and how much freedom farmers have in selling their own produce. A large number of farmers have been benefited since fruits and vegetables were taken out of the ambit of Agricultural Produce Marketing Committee (APMC) Act in some States a few years back, giving farmers the freedom to sell their produce wherever they can fetch the best price. One needs to understand the way commission agents and middlemen are always on prowl, looking for innocent farmers are their prey. They buy farm produce at throw away prices only to sell them at higher rates. Newly enacted three laws — The Farmers’ Produce Trade and Commerce (Promotion and Facilitation) Act, 2020, The Farmers (Empowerment and Protection) Agreement of Price Assurance and Farm Services Act, 2020, and The Essential Commodities (Amendment) Act, 2020 – come as threesome wholesome boost to farmers, which will have long term enabling impact on our agriculturists and will play a monumental role in doubling farmer’s income by 2022.

Over the years, farmers had been constrained to sell their produce in mandis controlled by the APMC, also the hotspot of middlemen. The Farmers’ Produce Trade and Commerce (Promotion and Facilitation) Act, 2020 aims to permit the sale of agricultural produce outside the mandis regulated by the APMC. The Farmers (Empowerment and Protection) Agreement of Price Assurance and Farm Services Act, 2020, provides for contract farming, while the Essential Commodities (Amendment) Act, 2020 deregulates the production, supply, distribution of food items like cereals, pulses, potatoes, and onion and edible oilseeds. These laws provide contractual protection to farmers against adverse price variations, and also give them the freedom to avail the benefit of favourable market prices. Farmers have now been empowered with the freedom to sell their produce to the right person, at the right place, at the right time, at the right price. 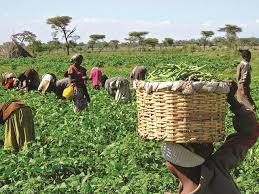 Without ensuring that farmers get remunerative prices for their produce and raising their income and livelihood status, the idea of an Atma Nirbhar Bharat cannot be metamorphosed into a sustainable reality. We need to have an ecosystem where farmers and traders enjoy the freedom of choice of sale and purchase of agricultural produce, something which has been guaranteed under the provisions of The Farmers’ Produce Trade and Commerce (Promotion and Facilitation) Act, 2020. It also promotes barrier-free inter-state and intra-state trade and commerce outside the physical premises of markets notified under the State Agricultural Produce Marketing legislation. Farmers will not be charged any cess or levy for sale of their products and will not have to bear transport costs. There will be an electronic trading platform for ensuring a seamless trade electronically. Farmers will be able to engage themselves in direct marketing thereby eliminating intermediaries resulting in full realization of price.

Similarly, The Farmers (Empowerment and Protection) Agreement of Price Assurance and Farm Services Act, 2020, envisions to empower farmers for engaging with processors, wholesalers, aggregators, wholesalers, large retailers, exporters, etc, on a level playing field. It offers price assurance to farmers even before sowing of crops. In case of higher market price, farmers will be entitled to this price over and above the minimum price. It will transfer the risk of market unpredictability from the farmer to the sponsor. Due to prior price determination, farmers will be shielded from the rise and fall of market prices. It will also enable the farmer to access modern technology, better seed and other inputs. It will reduce the cost of marketing and improve the income of farmers. The Essential Commodities (Amendment) Act, 2020 deregulates production, supply, and distribution of food items like cereals, pulses, potatoes, and onion and edible oilseeds.

The new legislations open up a slew of avenues for making financial gains. They will receive a payment within three days. Ten thousand Farmer Producer Organisations (FPOs) are being formed throughout the country. These FPOs will bring together small farmers and work to ensure remunerative pricing for farm produce. After signing the contract, farmers will not have to seek out traders. The purchasing consumer will pick up the product directly from the farm. In case of dispute, there will be no need to go to court repeatedly. So far as the minimum support price (MSP) is concerned, the Centre has clarified that farmers will have the option to sell their produce at the government fixed rates. Mandis will not stop functioning and trading will continue as before. The e-NAM trading system will also continue in the mandis. Trading in farm produce will increase on electronic platforms, which will result in greater transparency and time saving.

In order to allay the fear of farmers, Prime Minister Modi has reiterated umpteen times that farm markets will not be closed and that these will continue to operate as they have been doing before. He has also assured every farmer in the country that the system of MSP shall continue as before. This year in Rabi season, farmers were given Rs 1.13 lakh crore in MSP for the procurement of wheat, grain, pulses and oilseeds, which is more than 30 per cent over the previous year. India has more than 85 per cent farmers either small or marginal. As a result of this, their input costs increase and they cannot also make profits because of low production. The Prime Minister has rightly said if the farmers can form a union, then they can ensure better input costs and returns. They can enter into better contracts with the buyers. Referring to the reforms in The Essential Commodities Act, 2020, now farmers of the country can easily store large amounts of their produce in cold storage. When the legal problems related to storage are removed, the network of cold storage will also develop and expand further. It is time for us to look at farmers with modern thinking and help them empower themselves in more ways than to achieve the goal of an Atma Nirbhar Bharat.

*Rajeev Ranjan Roy: ( The writer is a senior journalist. The views expressed are personal)