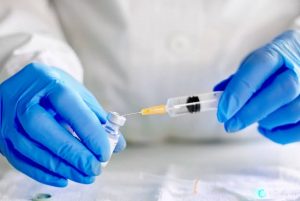 BRUSSELS, July 2, 2021 – The European Commission said on Friday it is looking at ways to agree on a coordinated approach to accepting the Indian version of AstraZeneca’s, shot, Covishield, across the European Union but will need some time.

The Commission reiterated that the jab, which has been given to millions of Britons, is not yet approved by the European Medicines Agency (EMA) or recognized under the EU’s new vaccine passport scheme to travel freely within the bloc from July 1.

“I don’t think you can say that it won’t be possible to come to the EU with this vaccine,” a spokesperson for the EU executive told a regular briefing.

“In order to ensure a coordinated approach, the Commission is in discussion with the member states to see which is the best approach to follow,” a second spokesperson said.

The EU vaccine passport program allows people to travel freely within the bloc as long as they have had one of four Western-made vaccines. While this includes the AstraZeneca shot, it does not extend to Covishield, the Indian version of the vaccine produced by the Serum Institute of India (SII).

In addition to the AstraZeneca shot, the other EU-recognised vaccines are those made by Moderna, Pfizer and BioNTech, and Johnson & Johnson.

Britain, no longer a member of the EU, urged the Commission and the bloc’s 27 states to seek a swift solution. EU countries that depend on tourism, such as Greece, are also eager to see the return of British holidaymakers.

“Our priority is to ensure safe and open, travel, and we will work with the European Commission on mutual recognition of certification,” UK Prime Minister Boris Johnson’s spokesperson told reporters.

“I would say that all AstraZeneca vaccines given in the UK are the same product, and they have been subject to rigorous safety and quality checks,” the spokesperson said.”
Anupreet Kaur