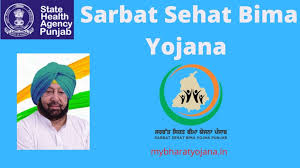 Jalandhar, February 27, 2021:  With an aim to cover all eligible beneficiaries under Ayushman Bharat- Sarbat Sehat Bima Yojna, District Administration is all set to hold block level camps on March 1, and 3 across the district.

Deputy Commissioner Ghanshyam Thori said that two special camps would be held in each development block and all the BDPOs have been asked to make elaborate arrangements for the camps. He said that the game-changer social security scheme aims at extending the benefit of cashless treatment worth Rs. 5lakh in top-class empanelled private hospitals. He further addedthat two camps in the development blocks Adampur, Bhogpur, Jalandhar West,Jalandhar East, Lohian, Nakodar, Noormahal, Mehatpur, Phillaur, Rurkan Kalan, andShahkot would be held on March 1 and 3, 2021, where on-spot E-cards would be issued to the eligible beneficiaries.

Sharing another development about the camps, the deputy commissioner said that the Sewa Kendras shall remain open on February 28(Sunday) to facilitate the people with E-cards generation services under the scheme.

The deputy commissioner reiterated his commitment to bringing all eligible beneficiaries within the ambit of this scheme besides directing all the Sub Divisional Magistrates (SDMs)to ensure that no beneficiary left without the E-card in the district. He also asked SDMs to further accelerate the pace of the E-cards generation process in their jurisdiction by personally monitoring the camps and sharing their daily feedback with him.

Thori mentioned that as of now a total of 368720 beneficiaries have been enrolled under the scheme adding as many as 50 special camps being held by the CSCs, Sewa Kendras and nodal agencies where about 4500 E-cards are generated daily. He said that under the scheme 13 government hospitals and 57 private hospitals have been empanelled in the district and the list of empanelled healthcare institutions could be viewed at www.sha.punjab.gov.in.

The deputy commissioner said that the scheme offers 1579 health packages of which180 packages are reserved for the government hospitals and 25 of them can be referred into private hospitals. Mr. Thori mentioned that Chief Minister Captain Amarinder Singh led state government while extending the scheme’ amid has brought J form holders farmers, registered journalists, construction workers, small traders under its umbrella. The eligible beneficiaries could check their eligibility at www.sha.punjab.gov.in.  He called upon the beneficiaries to take the benefits of these special camps in huge numbers so that all the eligible beneficiaries could be covered in the scheme adding besides special camps the applicants can also visit common service centers, market committee premises, and sewa kendras.
By Madhur: