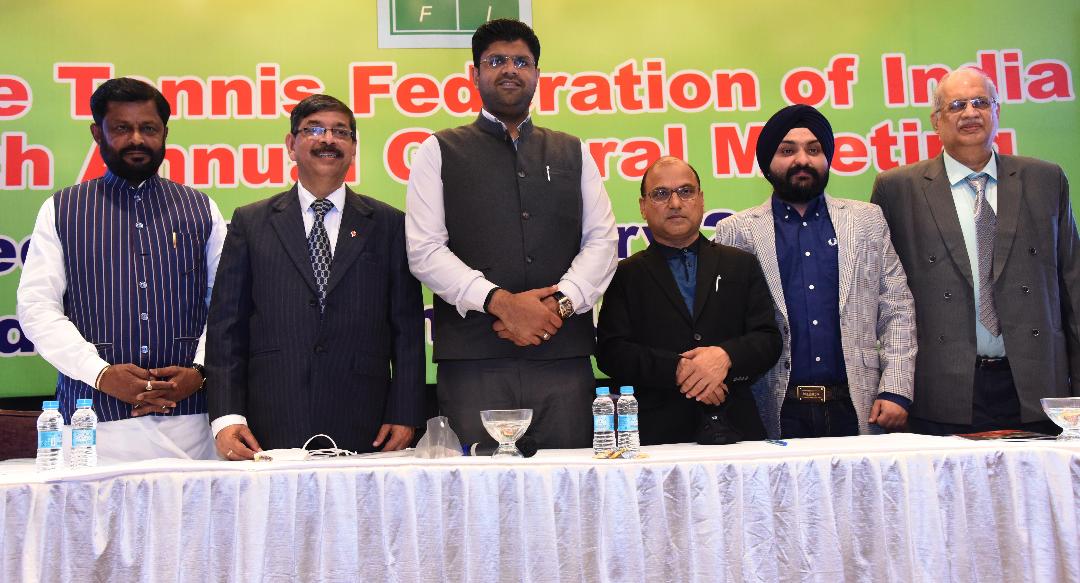 Panchkula, February 24,2021: Haryana Deputy Chief Minister Dushyant Chautala retained as president of the Table Tennis Federation of India in the general body meeting held here today. He is the youngest president of any National Sports Federation (NSF) in the country.

In its 84th Annual General Meeting of the NSF held at a city hotel here on Wednesday, Arun Kumar Banerjee from Uttar Pradesh took over as the Secretary General.  He now holds the post vacated by Mahinder Pal Singh. TTFI also has a fresh face in Gurpreet Singh, the new treasurer of the Federation.

Incidentally, Banerjee is also the secretary of the Uttar Pradesh Table Tennis Association and was till recently the Treasurer of TTFI.

Returning Officer and retired Justice Ranjit Singh of the Punjab and Haryana High Court, who supervised the polls, declared them elected unopposed. Ravinder Chaudhry, representing the Indian Olympic Association, was the observer at the AGM.

President Chautala gave full credit to the outgoing Secretary General M.P. Singh, appreciating his efforts in taking table tennis to new heights. “I can vouch and, you will all agree with me, that his (Singh’s) four-year term was full of opportunities and our paddlers did exceedingly well during his stint. The paddlers brought laurels to the country, winning a bagful of medals at the CWG in Gold Coast and followed it up with a bronze medal at the Jakarta Asian Games.  All of these were possible because of the constant support and cooperation from our state unis which helped TTFI improve its functioning,” he said.

The TTFI chief also said that he expected the new Secretary General to strive hard and keep up the momentum provided by his predecessor in the last four years. “I am sure with people like Dhanraj Choudhary around, Banerjee will try and set new milestones.

On his part, the new Secretary General assured the president and the House that he will function with all sincerity to carry forward the work of M.P. Singh. “With everybody’s support and guidance, I will definitely try to inspire one and all, besides working to raise the standards of the sport,” he said.

The new office-bearers are: