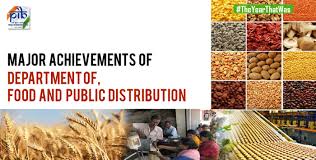 Delhi Jan 14, 2021:  To achieve 20% blending by 2025 as well as to meet out the requirement of ethanol production capacity in the country, the Department of Food & Public Distribution has modified the earlier scheme & notified the modified scheme for extending financial assistance to project proponents for enhancement of their ethanol distillation capacity or to set up distilleries for producing 1st Generation (1G) ethanol from feedstocks such as cereals (rice, wheat, barley, corn & sorghum), sugarcane, sugar beet, etc. or converting molasses-based distilleries to dual feedstock vide notification dated 14th January 2021. For availing assistance under this scheme, the sugar mills/distilleries/entrepreneurs would be required to submit an application in the prescribed proforma to DFPD within 30 days from the date of notification of the scheme online on the DFPD portal (https://sugarethanol.nic.in).

Under the scheme, Government would bear interest subvention for five years including a one-year moratorium against the loan availed by project proponents from banks @ 6% per annum or 50% of the rate of interest charged by banks whichever is lower for setting up of new distilleries or expansion of existing distilleries or converting molasses-based distilleries to dual feedstock. This will bring an investment of about Rs. 40,000 crore. Due to upcoming investment in capacity addition / new distilleries, various new employment opportunities will be created in rural areas.For the production of ethanol, there is sufficient availability of feedstocks; & the Government has also fixed remunerative prices of ethanol derived from various feedstocks. Moreover, OMCs being the assured buyer for ethanol has given comfort for the purchase of ethanol from distilleries for the next 10 years. As such the upcoming ethanol projects are viable.

This scheme would not only facilitate diversion of excess sugar to ethanol but would also encourage farmers to diversify their crops to cultivate particularly maize/corn which needs lesser water compared to sugarcane and rice. It would enhance the production of ethanol from various feedstocks thereby, facilitate in achieving blending targets of ethanol with petrol and would reduce import dependency on crude oil, thereby, realizing the goal of Atmanirbhar Bharat. It will also enhance the income of farmers as setting up new distilleries would not only increase the demand of their crops but would assure farmers of getting a better prices for their crops.

Sugarcane and ethanol is produced mainly in three states viz Uttar Pradesh, Maharashtra and Karnataka. Transporting ethanol to far flung States from these three states involves huge transportation costs.  By bringing new grain-based distilleries in the entire country would result in the distributed production of ethanol and would save a lot of transportation cost and thus prevent delays in meeting the blending target & would benefit the farmers across the country.

With the vision to boost the agricultural economy, to reduce dependence on imported fossil fuel, to save foreign exchange on account of crude oil import bill & to reduce the air pollution, the Government has fixed a target of 10% blending of fuel-grade ethanol with petrol by 2022 & 20% blending by 2030. It is expected that in the current ethanol supply year 2020-21, about 325 crore liters ethanol is likely to be supplied to OMCs to achieve 8.5 % blending levels. It is likely that we will be achieving 10% blending target by 2022 with the supply of 400 crore liters of ethanol.

With a view of support sugar sector and in the interest of sugarcane farmers, the Government has also allowed the production of ethanol from B-Heavy Molasses, sugarcane juice, sugar syrup and sugar; and has been fixing the remunerative ex-mill price of ethanol derived from C-heavy molasses, B-heavy molasses and ethanol derived from sugarcane juice/ sugar/ sugar syrup for ethanol season. To increase the production of fuel-grade ethanol, Govt. is also encouraging distilleries to produce ethanol from maize; & rice available with the Food Corporation of India.

Now it has been proposed to prepone the 20% blending of ethanol with petrol by 2025. To achieve 20 % blending by 2025 & to meet the requirement of chemical & other sectors, about 1200 crore liters of alcohol/ethanol would be required; out of which 900 crore liters would be required to achieve 20% blending & 300 crore liters would be the requirement of chemical & other sectors. Out of the total requirement of 1200 crore liters, 700 crore liters is required to be supplied by the sugar industry & another 500 crore liters need to be supplied by grain-based distilleries. To produce 700 crore liters of ethanol by the sugar industry, about 60 Lakh Metric Tonne (LMT) of surplus sugar would be diverted to ethanol which would solve the problem of excess sugar, relieve the sugar industry from the problem of storage of surplus sugar, & improve the revenue realization of sugar mills which will facilitate them in making timely payment of cane dues of sugarcane farmers. About 5 crore sugarcane farmers & their families & 5 lakh workers associated with sugar mills & other ancillary activities would be benefitted from this intervention. To produce 500 crore liters of ethanol/alcohol from food grains, about 125 LMT of food grains would be utilized; this extra consumption of surplus food grains would ultimately benefit the farmers as they will get a better price for their produce and assured buyers; and thus will also increase the income of crores of farmers across the country.