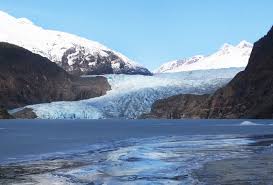 CHANDIGARH—Climate-driven shrinkage of river-based irrigation water supplies has been on the radar of the environmental community for some time, but the alarm put out by a recent report of shrinking glaciers in Jammu and Kashmir published in the Journal Scientific is the starkest yet. The report is prepared with the help of satellite data and researched on 12243 glaciers from 2000 to2012. It states that about 1200 glaciers shrink at a speed of 35 centimeters in a year. 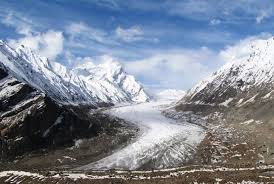 Experts say that the shrinking of glaciers is going turn Indian rivers into seasonal rivers that dry up in summers. In the country, while grain prices have beyond the reach of the poor with no relief in sight any disruption of the major crops due to water shortages in Indian rivers grain production will greatly affect. Food prices may rise further and rain consumption per person can be expected to fall.

In India, where over 30 percent of all children under five years of age are underweight and undernourished hunger will intensify and child mortality will likely acquire a dangerous dimension. India is the world’s leading producer of wheat and rice staples food across the world.

Earlier, Lester Brown, president of the Earth Policy Institute, had warned shrinking glaciers may turn the Ganges (India) and Yangtze (China) into seasonal rivers affecting food production.  The report states that mountain glaciers in the Himalayas and on the Tibet-Qinghai Plateau are melting and could soon deprive the major rivers of India and China of the ice melt needed to sustain these during the dry season, Brown paper said. 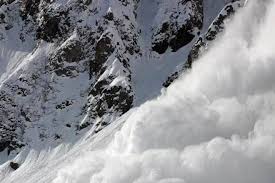 Where irrigated agriculture depends heavily on rivers this loss of dry-season flow will shrink harvests. The International Panel on Climate Change refers that Himalayan glaciers are receding rapidly and many could melt entirely by 2035. If the giant Gangotri Glacier that supplies 70 percent of the Ganges flow during dry season disappears, the Ganges could become a seasonal river, flowing only during the rainy season. The Ganga is the largest source of surface water for irrigation in India and the leading source of water for the over 407 million people living in the Gangetic Basin, which is a population larger than any other single country.

It will create a civilization-threatening scenario where India may try to import large quantities of grain, although it may lack the economic resources to do so. If grain prices continue to rise, many Indians will be forced to tighten their belts further including those who have no notches left, predicted the paper.

Such research papers stated since glaciologists have given a clear warning of how fast glaciers are shrinking the challenge now is to translate their findings into national policies designed to save the glaciers.