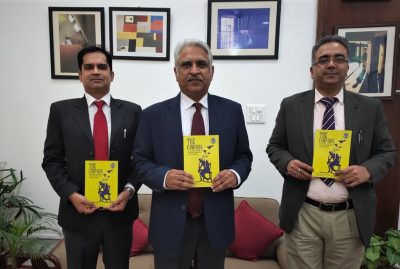 During the 17th All India meet of State Legal Services Authorities (17th – 18th Aug 2019) held at Nagpur, it was decided to constitute a committee to evolve a scheme that would ensure that prisoners who are unrepresented and even those represented by legal aid are made aware of the status of their case and guided for appeals to higher forums.

The criminal justice processes have serious repercussions for an individual’s right to life and personal liberty and therefore, the decisions of lower Courts should be scrutinized to obviate any miscarriage of justice. Every institution created by humans is fallible and so is true qua courts. It is this realization that demands that the laws on criminal procedures contain specific provisions on appeal against a judgment or order of the Courts.

The Right to appeal may be viewed from three levels i.e. Sessions Court, High Court and Supreme Court. Appeals to the Sessions Court and to the High Court are largely governed by the same set of rules and procedures. But the High Court is the highest appellate court within a State, has been given primacy in many cases where the appeal is permissible. The Supreme Court, being the appellate court of last resort, enjoys very wide plenary and discretionary powers in matters of appeal.

Mahavir Singh, Member Secretary, SLSA, Chandigarh stated that in this process, a total of 423 convicts were contacted of which Appeals of 309 convicts were filed and pending in various Courts i.e. Session Court, High Court, Supreme Court; 41 convicts were identified who has expressed the desire to prefer appeals. Of these 41, nineteen had opted to file appeals through private counsels and 22 (07 Supreme Court and 15 High Court) had shown their willingness to file the same through Legal Services.

After analyzing the current system, Justice Jaswant Singh, Judge, Punjab and Haryana High Court, Executive Chairman, State Legal services Authority U.T. Chandigarh has directed to develop and implement a new and effective system. Thereafter, as per the directions of the Executive Chairman, a new mechanism was devised.

After adoption of the revised procedure, appeals to  High Court were filed within 10-12 days (as in the cases decided in January, the appeals were filed before 15 February 2020), and the ready draft for filing SLP to  Supreme Court were sent to the Supreme Court Legal Services Authority within 25 days (january cases sent on 25 February 2020). This reflects effectiveness of new procedure approved by, and adopted under guidance of  Justice Jaswant Singh..

At the time of adopting and approving ‘THE CAMPAIGN’ the   Justice Jaswant Singh has also directed to find the flaws, if any, in existing procedure or process; to learn from the defects in the existing procedure or process so as to correct the same for present and future working; and also to come up with suggestions, if any, for speedy and effective legal aid to all especially those confined in Jail and still have right to appeal left with them.

Haryana Governor Shri Bandaru Dattatraya on Monday said that Maharana Pratap was a man of valour, sacrifice and great determination.

Haryana Governor Shri Bandaru Dattatraya has extended heartiest congratulations and best wishes to the team of Guru Jambheshwar University of Science and Technology for winning medals in various competitions at the Khelo India University Games-2022 held in Bengaluru.