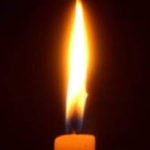 Delhi government on Friday canceled all its public programmes, including inaugurations of various developmental works and festivals, as a mark of respect to the 40 CRPF personnel who lost their lives in the highly condemnable terror attack in Pulwama (Jammu and Kashmir) on Thursday.

He also canceled the inaugural programme of replacement of old sewer line in Basti, Hazrat Nizamuddin at Markaj road, Nizamuddin, New Delhi and also the inauguration of DUSIB toilet block at Motinagar.

The Chief Minister has regretted all invitations for participation in marriage and other functions for Friday.

In his message condemning the Pulwama terror attack, the Chief Minister said: “Our 40 brave CRPF brothers have lost their lives in a brutal and cowardly attack by terrorists. The entire country is in grief and there is tremendous anger among the people on this highly condemnable and cowardly act. We salute the martyrs and we stand firmly with their families. The government and people of Delhi are fully with the Central government at this hour and we support whatever action the Central government and our armed forces deem fit. We are ready for any cooperation to deal with this dastardly attack,”  Kejriwal said.

All ministers – Satyendra Jain, Kailash Gahlot,  Imran Hussain and  Rajinder Pal Gautam also canceled all their public engagements as a mark of respect to the CRPF martyrs.