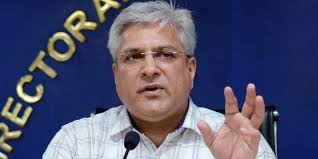 New Delhi February21, 2021: In the third week of the Delhi Government’s Switch Delhi campaign on promoting electric vehicles in the national capital, Transport Minister Kailash Gahlot appeals to four wheeler owners in Delhi to switch to electricity. “This week, we will focus on sensitizing Delhiites on the benefits of EV four-wheelers over their petrol/diesel counterparts, and also on the many benefits that are offered under Delhi’s EV policy for those who want to make this switch,” Gahlot said.

Delhi is among the first states to offer incentives on the purchase of private four-wheelers. Incentives of up to Rs 3 lakh are provided under Delhi EV policy, which includes 1.5 lakh subsidy, registration, and road tax exemption. This is the highest subsidy in India and makes the total cost of ownership of an electric car in Delhi exactly the same as a diesel car. Subsidies provided on electric cars in Delhi EV policy are reducing the total cost of ownership of the electric cars by upto 30%. An individual can save Rs 1050 per month by switching to EV from a diesel car,” Shri Gahlot added 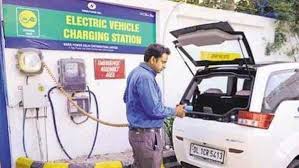 Under Delhi’s EV policy, 12 four-wheeler models are available and eligible for purchase and scrapping incentives. There are significant financial benefits that e-cars offer. The total cost of ownership of a private electric car and a private diesel car traveling approximately 30km per day in Delhi is Rs. 19.04 and Rs. 19.11 per km respectively.

Gahlot said, “To set an example for the city, the Delhi govt has taken lead by starting the transition of its entire fleet to electric. All leased/hired cars used for the commute of Delhi govt officers shall be transitioned to electric within a period of six months. We are committed to making Delhi pollution-free. This target can only be achieved with the cooperation and participation of people. I urge all Delhites who are planning on purchasing a new four-wheeler vehicle in Delhi to buy clean, green electric four-wheelers. Apart from financial benefits, there are significant environmental benefits. We have to come together and do our part in improving Delhi’s air quality.”

The Delhi govt has done the groundwork to help people overcome the apprehensions regarding the charging of EV vehicles in the city, and enable a smooth transition. Over 70 public charging stations are already operational in Delhi. Additionally, 500 charging points are coming up on 100 locations soon.

Switch Delhi is an eight-week mass awareness campaign by the Delhi Government to sensitize each and every Delhiite about the benefits of switching to EVs to the environment as well as to make them aware of the incentives and infrastructure being developed under Delhi’s EV policy. The campaign aims at informing, encouraging, and motivating each and every person in Delhi to switch from polluting vehicles to zero-emission electric vehicles.  Photo Courtesy:autohindustantimes.com.