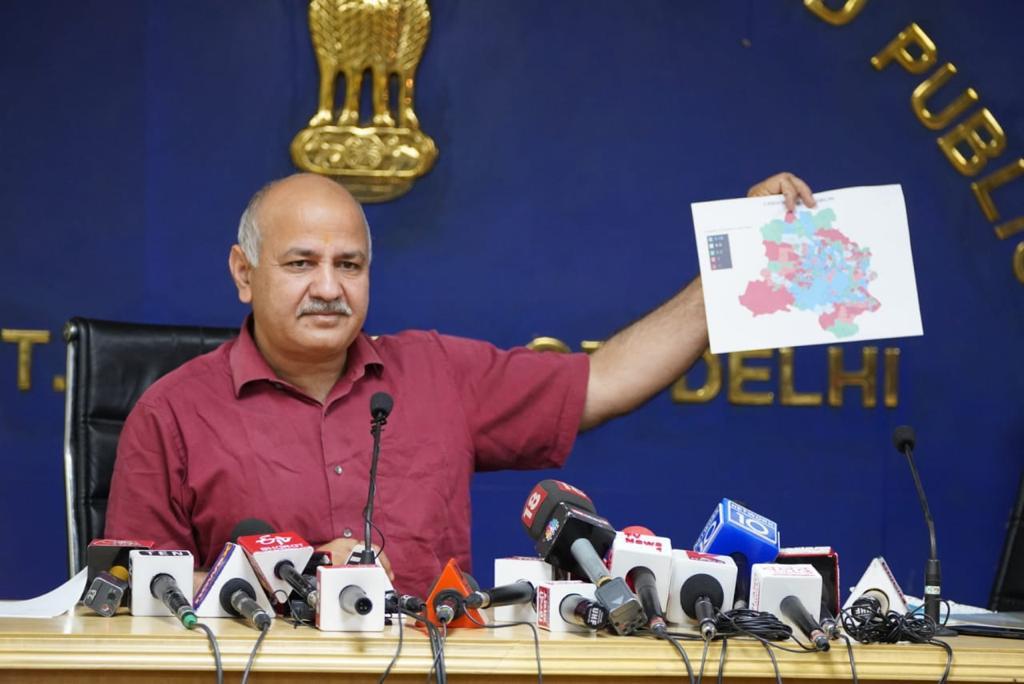 NEW DELHI :  22nd March 2021 : Arvind Kejriwal government on Monday declared war against the liquor mafia; massive reforms in Excise Policy was announced. Delhi Chief Minister Shri Arvind Kejriwal said that the excise reforms announced today will act as a major blow to the liquor mafia in Delhi and the mafia will do everything to obstruct these reforms. He said that the AAP government has ended mafia raj in many sectors like education, water, electricity, health etc and we are committed to reforming this sector too. Deputy Chief Minister of Delhi Manish Sisodia said that proxy Ownership, low-quality shops to be shut down in Delhi; zero tolerance to liquor shops creating disturbances in localities. He said that government liquor shops to shut down; it’s not the job of the government to sell liquor and no new liquor shops will be opened. Sisodia said that Delhi Excise revenue to increase by 1,500-2000 Crores after new policy implementation. He said that UP, MP, Uttarakhand, West Bengal, Assam, Orissa and Tamil Nadu, the age of consuming alcohol is 21 and in Goa and Andhra Pradesh is 18, in Delhi, it will be 21 years like UP. He said that India’s first international checking lab to be established in Delhi to check spurious liquor, which will check and ensure the quality of liquor. 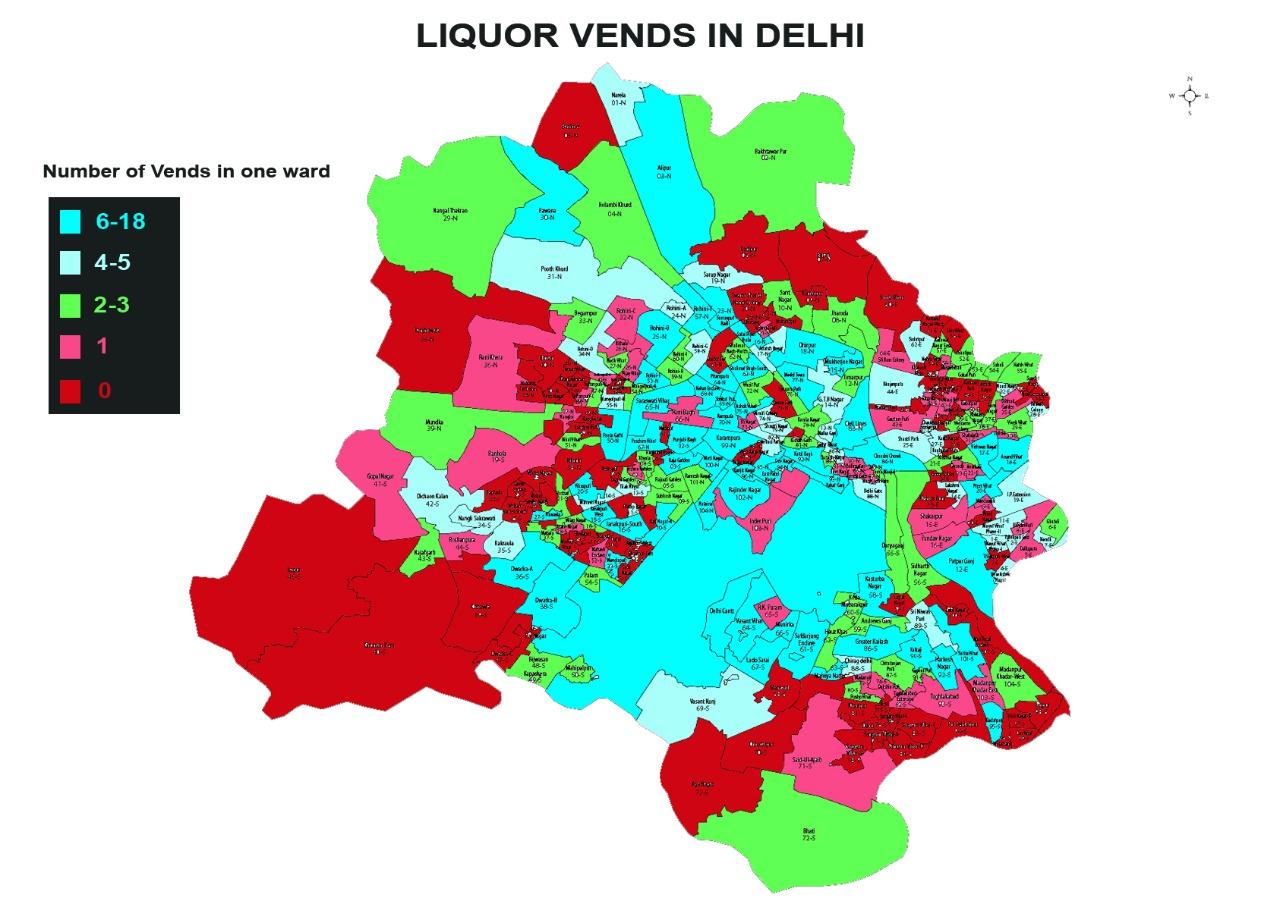 Sisodia said, “In a bid to defeat the liquor mafia of the national capital Delhi government under the leadership of Chief Minister  Arvind Kejriwal has taken a revolutionary decision today. Today the Delhi government has decided to change the existing excise policy and to omit all the factors which are the fundamental reasons behind the existence of liquor mafias.”

*Delhi government’s motto is to rectify the liquor trading in Delhi; an expert committee followed by a GOM was formed: Manish Sisodia*

Sisodia, “If you look into the situation of Delhi in terms of liquor sale then you will see that there are some areas of Delhi where liquor is overserved and there are some areas of Delhi where liquor is underserved or unserved. This is the fundamental reason why in Delhi liquor mafias work. You all know that Delhi has 272 wards out this there are 79 wards with zero liquor shops. Around 45 wards have just one shop. Around 58% of Delhi is either unserved or underserved. Based on liquor sale distribution only 8% area of Delhi is normally served. There are around 37 wards where more than three liquor shops are present. On the other hand, there are 54 wards in Delhi where liquor is over-served some of these wards have more than 10 shops. This means in 20% of Delhi is liquor is over-served. It is also to be noted that 50% of liquor shops in Delhi are present in just 45 wards. This clearly shows that in Delhi the liquor sale distribution is very unequal. The maximum revenue is coming from 189 liquor shops of just 46 wards. This also shows that from other areas misappropriation of revenue is taking place.”

*In the last two years, the excise department of the Delhi government has recovered around 7,09,000 bottles of illegal liquor and filed 1864 FIRs against the illegal liquor trade: Manish Sisodia*

*Government liquor shops to shut down; it’s not the job of government to sell liquor and no new liquor shops will be opened: Manish Sisodia*

Sisodia, “ We have decided that in Delhi no new liquor shop will be allowed to open. After 2016 the Delhi government has not allowed any new liquor shop in Delhi. There are around more than 60% of liquor shops that come under the state government. We have also noted that 40% of private liquor shops give more revenue than state government-owned shops. So we have decided that the government will get out of the liquor retail business. Because revenue leakage in government shops are taking place. We have also decided that any liquor shop should be of minimum of 500 ft.². These shops will not have any counter facing towards the road. Liquor sale and pick up will only take place inside the shop and nothing will take place outside the shop. The liquor shop owners will have to ensure law and order outside the shop. If needed they can take the help of police or CCTV or security guard but ensuring law and order will be the responsibility of the liquor shop owners. No drinking outside the shop, no hawkers will be allowed. Current retail experience is like a jail. When you go to a shop, there is a grill and people rush and throw money to buy liquor. There is no dignity. Bootlegging and Illicit liquor will stop in these areas.”

*We have also decided that in Delhi only quality liquor will be distributed: Manish Sisodia*

He said, “ The Delhi government will ensure equitable distribution of liquor across Delhi. By this, the avenues of the liquor mafias will go down. Today we all know that at many bylanes of Delhi there are illegal liquor shops by our new reforms all these shops will go because we will ensure equitable distribution of liquor across the national capital of India. We have also decided that in Delhi only quality liquor will be distributed. The Delhi government will set up an international standard checkup system by which we will keep a watch on low-quality liquors and stop their distribution. An international quality lab will be set up to test the quality of liquor coming into the city.”

*The international concept of ‘Age Gating’ will be introduced: Manish Sisodia*

Shri Sisodia said, “To stop harassment of people and establishments, consumption age will be same as majority Indian States at 21 like Noida of Uttar Pradesh. New rules to be introduced to make sure that people who are under the age of 21 cannot get access to the establishment that serves liquor without supervision. This means below 21-year-old children will not be allowed inside the restaurants where liquor is served if they are coming alone or in a group of underage children. The international concept of ‘Age Gating’ will be introduced. Delhi will be the first city in India to ensure this to make sure that there is no underage drinking in Delhi and the SOP will be made along with the industry.”

*Massive changes as per industry feedback being made to stop harassment of honest businessmen running hotels and restaurants in Delhi: Manish Sisodia*

He said, “Massive changes as per industry feedback being made to stop harassment of honest businessmen running hotels and restaurants in Delhi. There have been long demands from the hospitality sector to abolish various obsolete license system related to liquor sale. Today we have decided that in a bid to ease of doing business we will merge various licenses. The hospitality sector is ready to pay taxes honestly but due to the complex licensing system, their business suffers. Honouring their honestly, we have decided to simplify the licensing rules. So many of them came and said, we all want to pay taxes honestly, but please make things easier for us. We are tired of red tape and raids and harassment. We have removed all old policies which had no real benefit. Licenses made more rational to help the business pickup after Covid.”

*We think the 1500-2000 crore revenue increase will happen in a year by these reforms: Manish Sisodia*

Sisodia, “ I am confident that by these reforms we will be able to put a check on non-payment of taxes. Non-duty paid liquor sale will be stopped in Delhi by these reforms. We are hopeful the hospitality industry will welcome these steps and ease of doing business will happen. By these reforms government revenue will improve, liquor mafia will be finished. The new policy will Increase revenue by 20% which is stagnant due to huge leakages in the system. We think the 1500-2000 crore revenue increase will happen in a year by these reforms.”