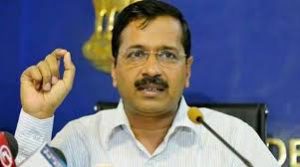 New Delhi, April 17, 2018,( By TNL Bureau ): In the first of its kind pro- power consumer policy in the country, Chief Minister, Arvind Kejriwal on Tuesday approved the Power Department’s policy for compensating consumers for unscheduled power cuts by the private power distribution companies in Delhi.

The Delhi government has sent this revolutionary policy now for final approval of the Lieutenant Governor, which is set to make the DISCOMS accountable to the consumers.

The government is of the clear view that power distribution privatization in Delhi, which was done around 15 years back, should benefit the consumers and uninterrupted power supply for which they pay is their right.

The Delhi government is confident that the  LG will concur with the policy and will endorse this pro-consumer step, which will become a model for other governments across the country to follow.

The exemption of initial one hour from the penalty shall be granted to the DISCOMS only once a day, and in case of recurrence of failure of supply for the same consumer on the same day, the penalty shall accrue right from the beginning of the duration of the unscheduled power cut.

In case of an individual consumer being affected, the consumer shall be required to file a “no current” complaint through SMS, e-mail, phone, app or website and his/her particulars such as name, Consumer Account (CA) number, mobile number etc., shall be captured at the time of complaint registration. The DISCOM shall then attend to the complaint and will send a confirmation message to the consumer with restoration date and time. Whenever the permissible time limit is over, the respective compensation amount shall be credited to the CA number automatically without any manual intervention and a message to this effect shall also be sent to the consumer. The adjustment of the penalty amount shall be made in the consumer ’s monthly electricity bill.

In case a group of consumers is affected by the unscheduled power cut, the DISOMS shall identify all such affected consumers from their own records and compensation shall be credited to each of such consumer’s CA number as per the time schedule of compensation.