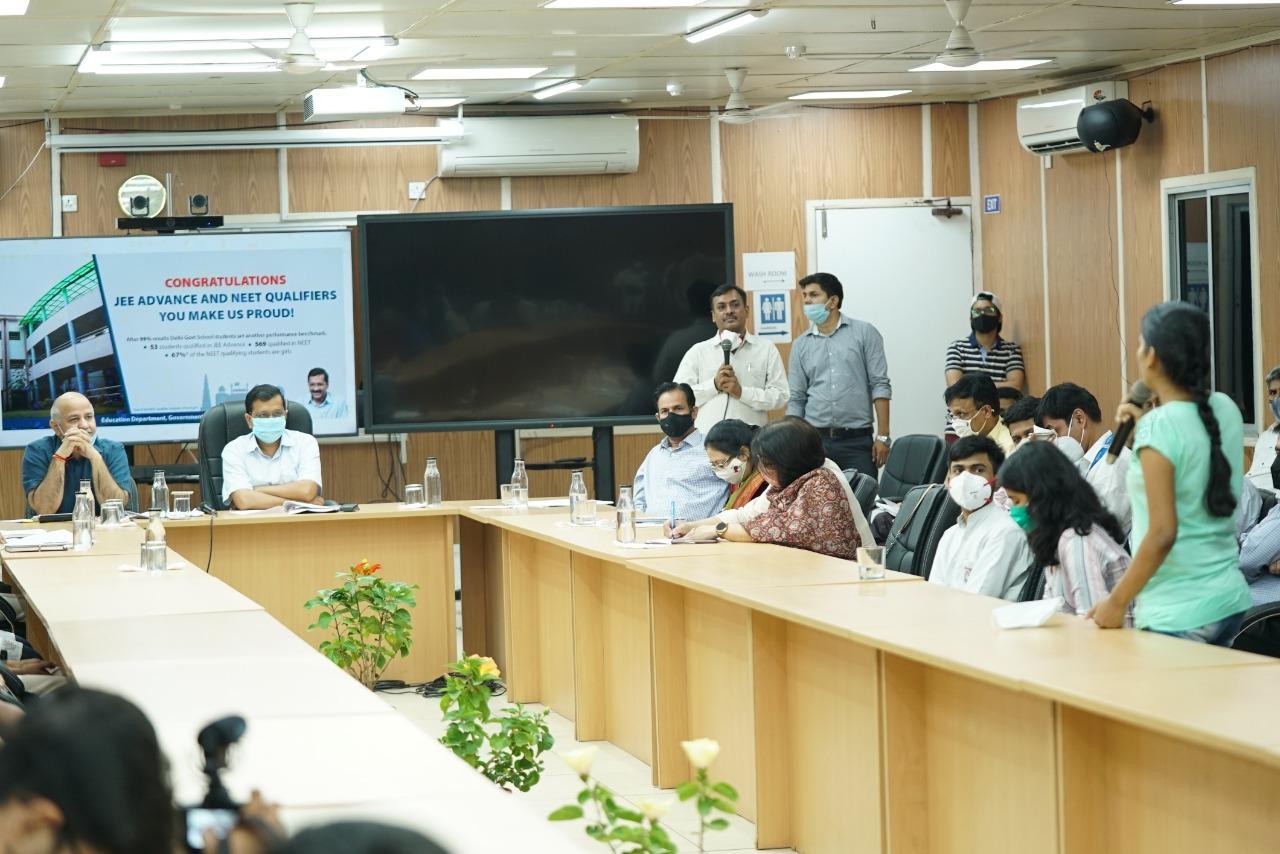 New Delhi, October 24, 2020: Delhi Chief Minister Arvind Kejriwal and Dy CM Manish Sisodia interacted with students of the Delhi government schools, who have performed outstandingly well in the NEET-JEE examinations and congratulated the parents and teachers for the record-breaking achievement of the students. Applauding students for their commendable performance in NEET – JEE despite the on-going Corona crisis, CM Arvind Kejriwal said that the students who have gotten into IITs and have secured top ranks in NEET-JEE exams must become a role model for the entire government education system. He said that the entire education department is proud of their achievements and they must continue to contribute towards the betterment of the nation. Dy CM Manish Sisodia said that ‘Shikshit Rashtra, Samarth Rashtra’ is the dream of the Delhi government, and said that all passing students must take the responsibility of guiding their juniors about NEET-JEE exams. 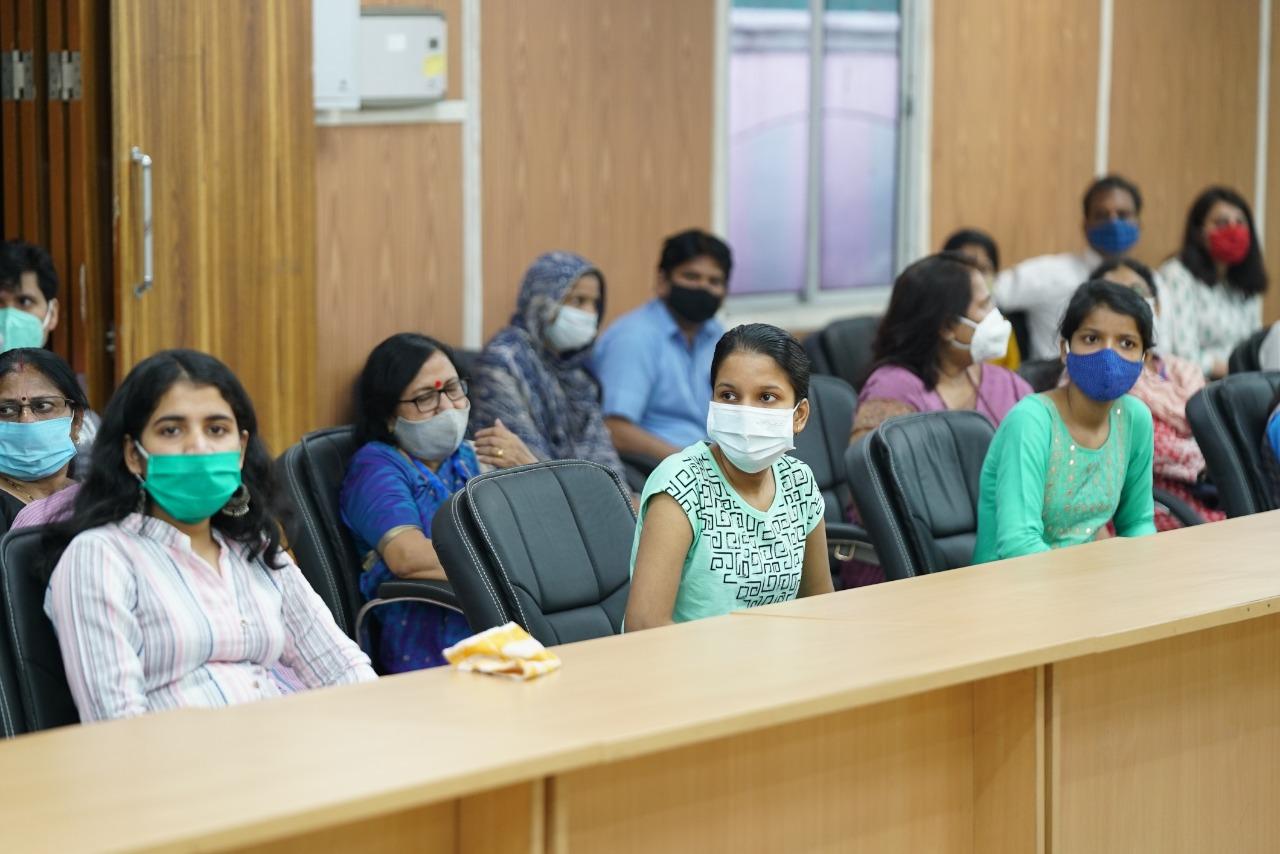 This week, CM Arvind Kejriwal had announced that around 569 students from schools run by the Delhi government qualified for the exam, out of which 379 are girls. Around 443 students from government schools cleared JEE Mains and 53 have qualified for JEE Advanced and have secured a seat in IITs. Four girl students from Delhi government schools have qualified JEE Advanced. Five students from RPVV, Paschim Vihar have qualified, which is the highest from any single Delhi Government school.
Several students interacted with the CM and the Deputy CM during the event. Ayush Bansal, from Govt School, Paschim Vihar, whose father works in a book depot, secured 189th rank, has secured admission in Electronics & Communication Engineering at IIT Roorkee. He scored 95% in Class XII Board and said that he could not have achieved success without the support of his parents and teachers.
Raj from Govt School Surajmal Vihar, whose father is a street vendor, secured 1819th rank and has secured admission in Computer Science & Engineering course at IIT Ropar. He scored 89.8% in Class XII Board. He thanked CM Arvind Kejriwal and Dy CM Manish Sisodia for revolutionizing the education system of Delhi. He also said that he wanted to study science and engineering so that he can work towards the development of the country.
Shalu, a student of Govt School, Yamuna Vihar, whose father is searching for a job post-COVID, has secured 306th rank and admission in Electrical Engineering at IIT Mandi. She says that she is the first in her family to have been pursuing Engineering. She says she hopes to study well in IIT, and secure herself a well-groomed job so that she can support her family during any crisis.
Akanksha Gupta, a student from Govt School, Molarband, lost her parents at a young age and lives with her uncle and aunt. She secured 10,239th rank in NEET and scored 90.4% in Class XII Board. Akanksha said, “It was my uncle’s dream to see me in IIT. I want to thank him and all my teachers who have supported me in my journey.”
Himanshi, from Govt School, Nand Nagri, whose father works as a driver, secured 1,181st rank in NEET 89% in her 12th board exams. She said, “The toughest phase is when you think to yourself that you will not be able to crack the exam. But when you get past that phase, you always come out as successful. I wanted to be a doctor because if you can save a life, there is nothing more you can want from your life.” 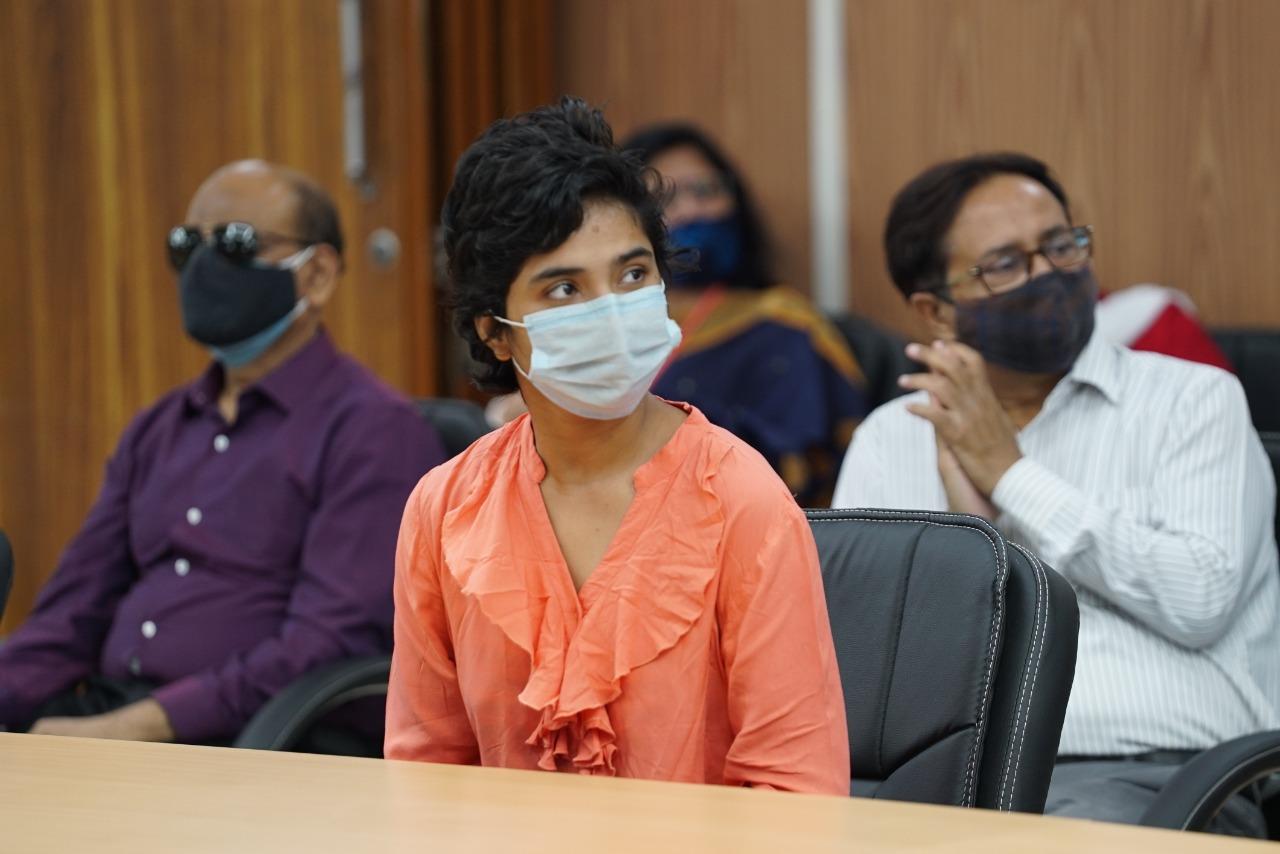 Tamanna Goyal, a student of Govt School in Rohini, is a daughter of a single mother who works as a housemaid and secured 11th rank in NEET. She credited her mother for her success and for keeping her basic needs at the backfoot to support her education.
Congratulating the students, Dy CM and Education Minister Shri Manish Sisodia said, “I want to congratulate the students for making us feel proud, and officials, teachers, etc for this achievement. When the AAP government was formed 5-6 years back, the government schools were in a pitiable condition. This time, the Delhi govt school students have attained 99% in CBSE, and now our students have attained top ranks in NEET-JEE. We have tried to improve the system of education in Delhi. Our CM is himself an IITian, and now many of you will be joining IITs. Your contribution to the service of the nation must not stop. This is a long journey and many people have worked hard to reach this stage. Our dream is ‘Shikshit Rashtra, Samarth Rashtra.’ We will only be able to strengthen our nation through a strong education system, and not big democratic institutions and buildings in Delhi. I would also like to request you all to guide your juniors, take responsibility for at least 10 children from families just like you, and explain to them the significance of NEET-JEE. When you become a doctor or an engineer,  please work with all honesty and dedication.” 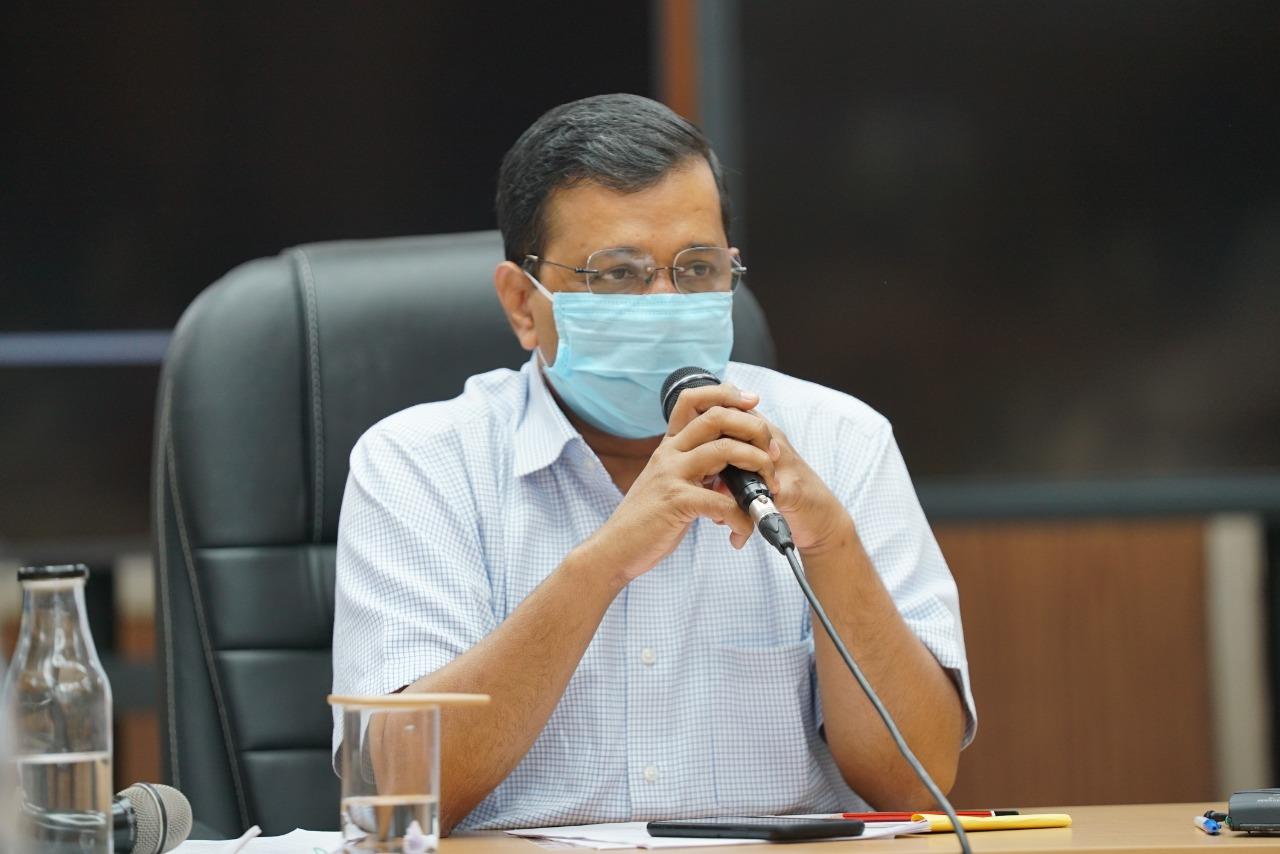