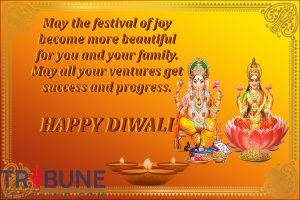 Diwali, the festival of lights, the day when everyone wears their new clothes, clean and decorate their houses, pray to god, eat a lot of sweets and celebrate togetherness. Diwali or Deepavali gets its name from is from the Sanskrit dīpāwali meaning “row or series of lights”. This festival has a lot of history and holds significance among Hinduism, Jainism, Sikhism, and Buddhism. So, read on to find more about the festival:

Diwali is celebrated on the fifteenth lunar day or the Amavasya of Kartik month.

The Diwali festival is likely a fusion of harvest festivals in ancient India. It is mentioned in Sanskrit texts such as the Padma Purana, the Skanda Purana both of which were completed in the second half of the 1st millennium CE. The diyas (lamps) are mentioned in Skanda Kishore Purana as symbolizing parts of the sun, describing it as the cosmic giver of light and energy to all life and which seasonally transitions in the Hindu calendar month of Kartik.

King Harsha refers to Deepavali, in the 7th century Sanskrit play Nagananda, as Dīpapratipadotsava (dīpa = light, pratipadā = first day, utsava = festival), where lamps were lit and newly engaged brides and grooms received gifts. Rajasekhara referred to Deepavali as Dipamalika in his 9th century Kavyamimamsa, wherein he mentions the tradition of homes being whitewashed and oil lamps decorated homes, streets and markets in the night.

Diwali was also described by numerous travelers from outside India. In his 11th century memoir on India, the Persian traveler and historian Al Biruni wrote of Deepavali being celebrated by Hindus on the day of the New Moon in the month of Kartika.

The Venetian merchant and traveler Niccolò de’ Conti visited India in the early 15th-century and wrote in his memoir, “on another of these festivals they fix up within their temples, and on the outside of the roofs, an innumerable number of oil lamps… which are kept burning day and night” and that the families would gather, “clothe themselves in new garments”, sing, dance and feast.

The 16th-century Portuguese traveler Domingo Paes wrote of his visit to the Hindu Vijayanagara Empire, where Dipavali was celebrated in October with householders illuminating their homes, and their temples, with lamps.

Publications from the British colonial era also made mention of Diwali, such as the note on Hindu festivals published in 1799 by Sir William Jones, a philologist known for his early observations on Sanskrit and Indo-European languages. In his paper on The Lunar Year of the Hindus, Jones, then based in Bengal, noted four of the five days of Diwali in the autumn months of Aswina-Cartica as the following: Bhutachaturdasi Yamaterpanam (2nd day), Lacshmipuja dipanwita (the day of Diwali), Dyuta pratipat Belipuja (4th day), and Bhratri Dwitiya (5th day). The Lacshmipuja dipanwita, remarked Jones, was a “great festival at night, in honor of Lakshmi, with illuminations on trees and houses”.

The most popular legend is that from the Hindu epic, Ramayana. According to it, Diwali marks the day Lord Ram, Goddess Sita and Lord Lakshman return to Ayodhya after 14 years in exile.

This exile was given by his own father, King Dasharatha. In the exile, Sita was kidnapped by the powerful demon, King Ravan. Ram, with the help of King Sugriva and his trusted general Hanuman, made a bridge of stones over the sea to reach Lanka. The stones had “Ram” written on them, thus, blessed with buoyancy so that they don’t sink. A battle of ten days resulted in the win of good over evil, Ram, with the help of Lakshman, slew Ravan and rescued Sita.

Victorious, they returned to Ayodhya. To welcome them, the people of Ayodhya cleaned their houses and placed oil lamps to light their paths.

Amongst the many other legends associated with Diwali is yet another story of exile. Only this time, it is about the Pandava brothers and can be found in the Hindu epic of Mahabharata. The five Pandava brothers lost all their possessions in a deceitful game of dice against the cunning Kauravas.

After years of innumerable hardships, the brothers and their wife Draupadi returned back to their kingdom on the dark moonless night of Kartik Amavasya. Their loyal subjects, overjoyed at their return, lighted numerous earthen lamps to welcome them.

An important festival of the Jains, Diwali marks the nirvana or spiritual awakening of Lord Mahavira, the 24th Jain Tirthankara. Jain scripture refer to Diwali as Dipalikaya which means light leaving the body. To mark the significance of Lord Mahavira’s enlightenment, the and heaven were illuminated with lamps.

A major festival for the Sikhs, the day of Diwali is celebrated as Bandi Chorh Diwas (Day of Liberation), marking the day that the sixth guru, Guru Hargobind Sahib and 52 other prisoners were released from captivity.

Historical accounts note that Emperor Jahangir released Guru Hargobind Sahib whom he had imprisoned for years. The Guru, however, declared that he would not leave unless the 52 other princes imprisoned with him would be released too. The emperor said that those who could hold on to the Guru’s cloak would be allowed to leave prison.

Guru Hargobind Sahib had a cloak made with 52 pieces of strings so that each prince was able to walk out of prison along with the Guru. The Guru’s liberation was celebrated with lighting of lamps, a tradition that continues to this day.

Hindus, in particular, have a ritual oil bath at dawn on each day of the festival. Diwali is also marked with the decoration of floors with rangoli designs. Food is a major focus with families partaking in feasts and sharing mithai. The festival is an annual homecoming and bonding period not only for families but also for communities and associations, particularly those in urban areas, which will organize activities, events and gatherings.

Many towns organize community parades and fairs with parades or music and dance performances in parks. Some Hindus, Jains and Sikhs will send Diwali greeting cards to family near and far during the festive season, occasionally with boxes of Indian confectionery.

Diwali is a post-harvest festival celebrating the bounty following the arrival of the monsoon in the subcontinent. Depending on the region, celebrations include prayers before one or more Hindu deities, the most common being Lakshmi. According to David Kinsley, an Indologist and scholar of Indian religious traditions particularly in relation to goddess worship, Lakshmi symbolizes three virtues: wealth and prosperity, fertility and abundant crops, as well as good fortune.

Merchants seek Lakshmi’s blessings in their ventures and will ritually close their accounting year during Diwali. Fertility motifs appear in agricultural offerings brought before Lakshmi by farming families, who give thanks for the recent harvests and seek her blessings for prosperous future crops.

A symbolic piece of traditional fertilizer, a dried piece of cow dung, is included in the ensemble in Odisha and Deccan region villages, an agricultural motif according to Kinsley. Another aspect of the festival is remembering their ancestors.

Diwali Day- 4: Govardhan Pooja
This Diwali, Not loud with crackers, but sonorously vocal for local
Comment