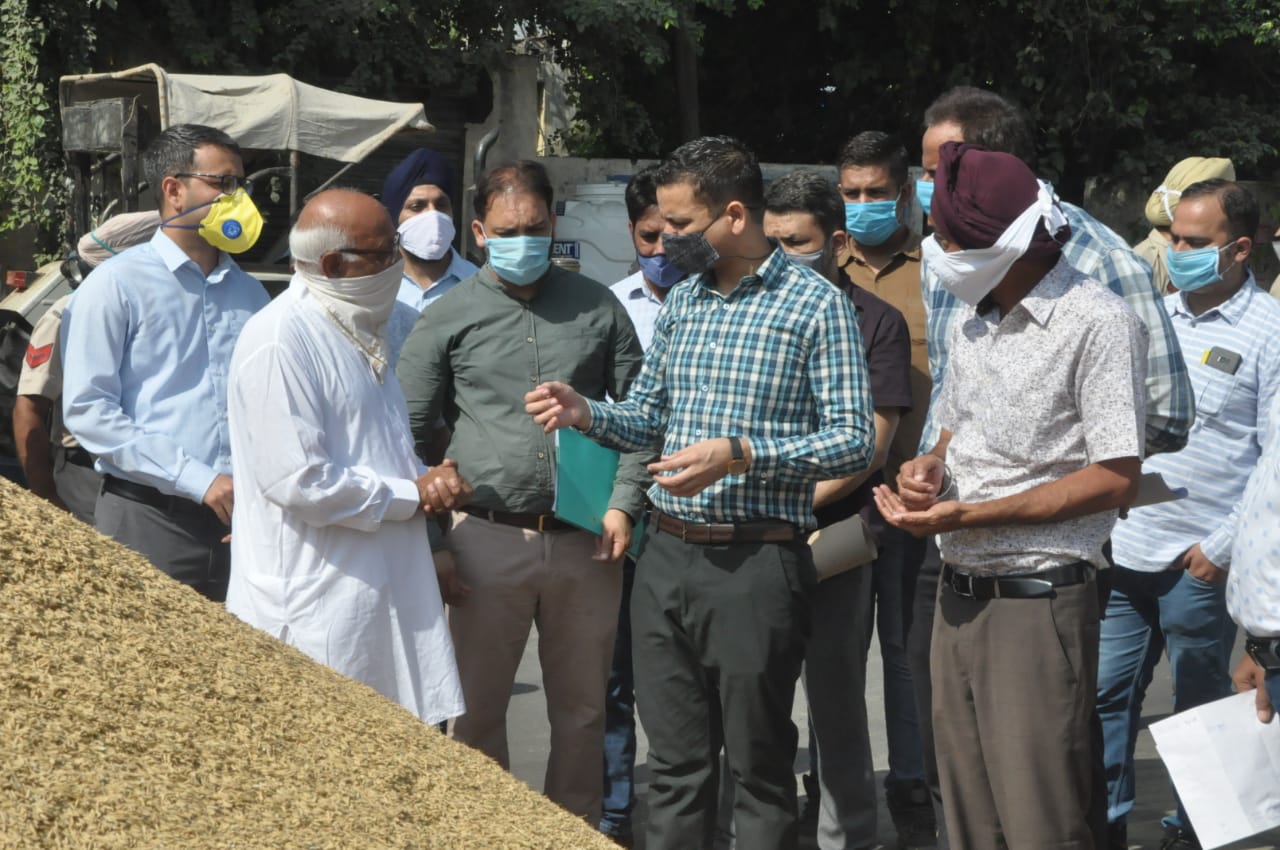 REITERATES COMMITMENT FOR LIFTING EVERY SINGLE GRAIN FROM THE MANDIs

Jalandhar, September 30, 2020: Deputy Commissioner Jalandhar Ghanshyam Thori today said that the Punjab government was committed for ensuring smooth and hassle-free procurement of paddy in the ongoing season to facilitate the farmers’.

The Deputy Commissioner, who visited the new grain market, to oversee the procurement of paddy here today, said that Chief Minister Captain  Amarinder Singh led state government would lift every single grain of paddy in a smooth and hassle-free manner, during the ongoing marketing season. He said that the state government has made elaborate arrangements to ensure that the harvest of farmers was lifted from the grain markets in a smooth and hassle-free manner.

Thori said that farmers would not be allowed to face any sort of problem while selling their produce.

The Deputy Commissioner said that besides procurement a proper mechanism has been evolved for the proper transportation and storage of the grains. He said that chiefs of all procurement agencies have been asked to personally supervise the procurement operations ensuring prompt and smooth lifting of paddy as per their allotted share of procurement.

The Deputy Commissioner said that officers have been instructed to make requisite arrangements of power, sheds for the farmers, potable water supply and equipment to monitor the quality of wheat in each procurement center.

Likewise, the Deputy Commissioner said that directions have also been given to officers to make foolproof arrangements in mandis to avoid the spread of Coronavirus by strictly adhering to the safety precautions laid by the state government.

He said that so far 9396 Metric Tons of paddy has arrived in the district of which 8834 MTs were purchased by the procurement agencies.

He said that around 149 Mandis/purchase centers have been notified for the procurement of paddy in the district.  Thori appealed to the farmers’ to bring moisture-free grains to the market. He called upon farmers to contact at control room number 01815019252 for in case of any kind of problem faced by them.