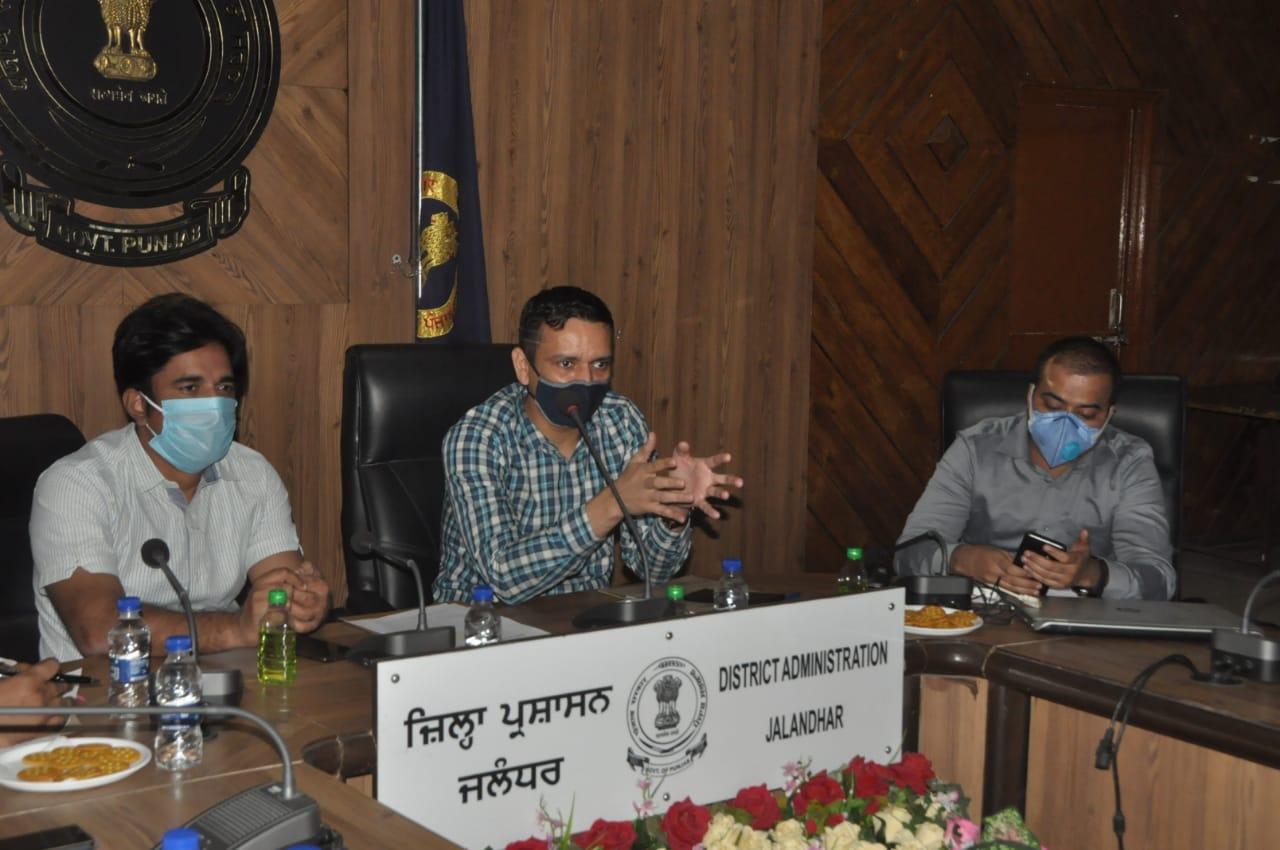 Jalandhar, October 26, 2020: To boost the exports and make Jalandhar a leading district in terms of exports, Deputy Commissioner Ghanshyam Thori on Monday held the first meeting of the District Level Export Promotion Committee, in the administrative complex.

Presiding over a meeting with city-based exporters along with Joint Director Directorate General of Foreign Trade Suvidh Shah, Deputy Commissioner Ghanshyam Thori said the district Export Promotion Committee has proposed draft promotion plan for 2020-2021 in which Sports Goods, Hand Tools, Leather items, Natural Honey and others have been identified as major export local goods from Jalandhar.

He said a comprehensive District Level Export Action draft Plan 2020-2021 has been proposed in which required infrastructure development, need for training, or other supporting measures to increase the exports of these local goods, would be discussed.

Deputy Commissioner, who is also chairman of the Committee, said that a report would be sent to the high-ups about the bottlenecks and solutions so that action would be taken accordingly.

He added Jalandhar is known for the manufacturing of Hand Tools and sporting goods and the exports of these products have contributed a vital role in the state’s economy.

He said that district administration would leave no stone unturned to support the exporters and every effort would be made to promote the goods manufactured by the local industry and give further impetus to the industrial growth in the district.