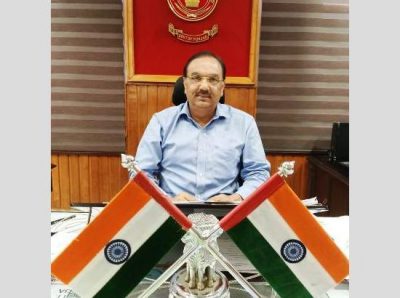 Ferozepur, January 23, 2020:  Deputy Commissioner, Ferozepur Chander Gaind has issued an advisory to the people to verify the empanelment of a hospital under Sarbat Sehat Bima Yojna (Ayushman) and Bhagat Puran Bima Yojna before getting treatment.

The advisory has been issued when a woman named Rano of village Lakhoke Behram, appeared before the Deputy Commissioner and apprised him that when she had gone for treatment at local Amandeep Hospital, who was denied the benefits under the government scheme on presentation of Sehat Sehat Bima Card and demanded full charges.

DC said, the people for treatment to any hospital should first ask them about their empanelment under Bhagat Puran Sehat Bima Scheme and Sarbat sehat bima yojna.  They should go in for treatment only if they are empanelled.

He also directed the hospital authorities to display the information of their empanelment under various government schemes, in their campus, to avoid unnecessary inconvenience to the patients.

The people should avoid going to such Hospital which is not attached with the pro-people health schemes of the government., said DC.

He also advised the people to go to the hospitals in the cities like Ludhiana, Chandigarh which are providing better facilities and is covered under government schemes.