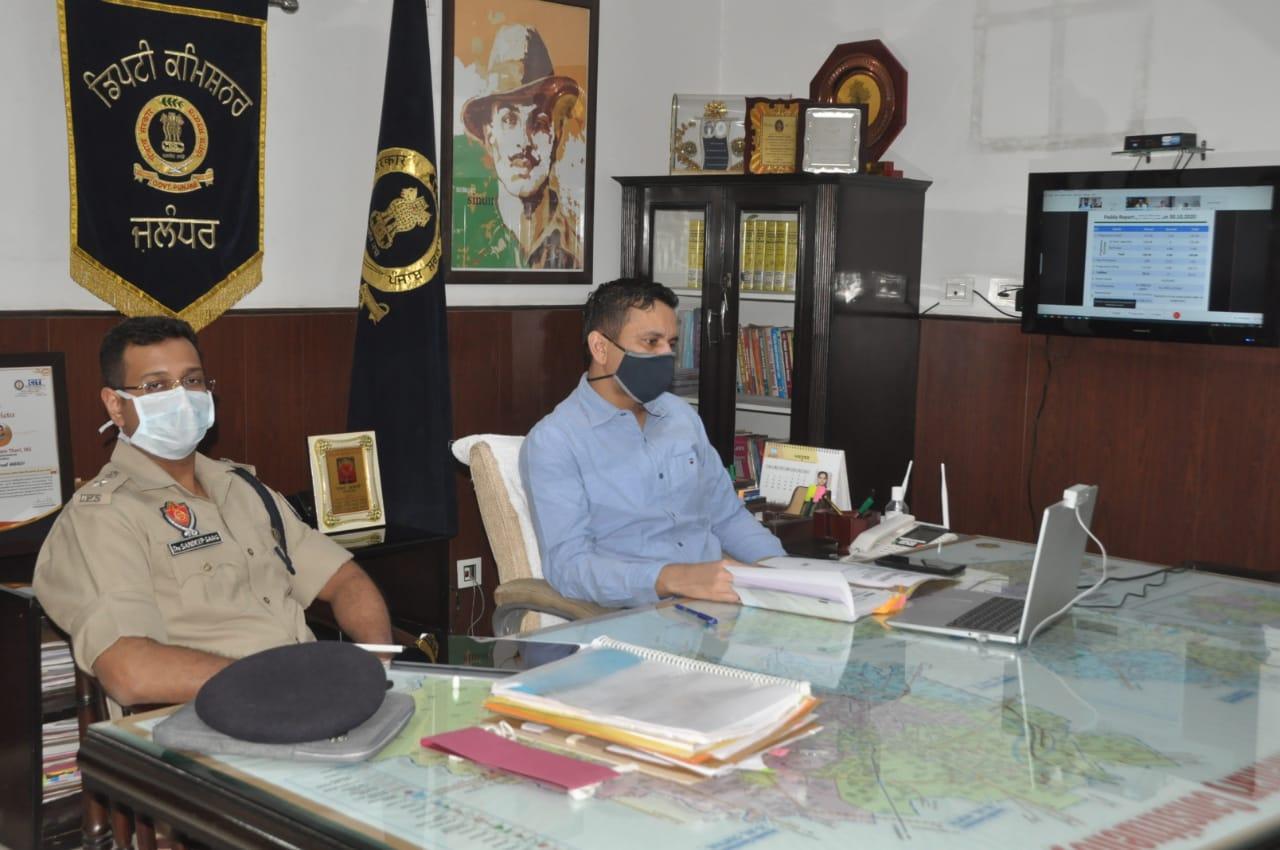 Participating in video-conferencing held by Chief Secretary Vinni Mahajan, Deputy Commissioner accompanied by SSP Jalandhar Rural Sandeep Kumar Garg, said that this web portal aims to address all the issues of the citizens at the earliest with all the government departments on this one-stop digital platform.

Thori said that officials have been trained at the district level about addressing the complaints instantly it receives on the portal.

He said that this would function as the central portal where all grievances can be recorded by submission on the portal itself.

He said that directions have already been given to the officials to strictly adhere to the timely resolution of the complaints filed by the citizen on the portal.

Deputy Commissioner said that action will be taken on the erring departments as the Punjab Government is committed to giving topmost priority to settle all the concerns of citizens as soon as possible on this digital medium.

He said till so far, the portal has received 74 complaints so far on the portal out of which 53 have been settled out by departments besides action is being underway on 21 remaining complaints.

Further, Thori has constituted various teams to keep a vigil on the sale/storage of imported firecrackers and ensure the prevention of such crackers in their jurisdictions.

Deputy Commissioner said as per the Ministry of Commerce and Industry, there is a blanket ban on the imported fireworks/crackers in the country.  He said that these teams will conduct inspections at the storage and selling points in the district to check the unauthorized sale of the foreign origin crackers.

He also reviewed the progress of the crop-residue management program and stubble burning cases and ordered the concern departments to continue their endeavors of sensitizing the peasantry about the harmful effects of stubble burning.

Thori also elaborated about the current situation of the Covid-19 cases in Jalandhar and efforts being made by the district administration to curb the spread of the pandemic.

He also appealed to the people to adhere to health safety protocols including wearing masks, maintaining two-yard physical-distancing and others to halt the further spread of the Covid in the festive season.