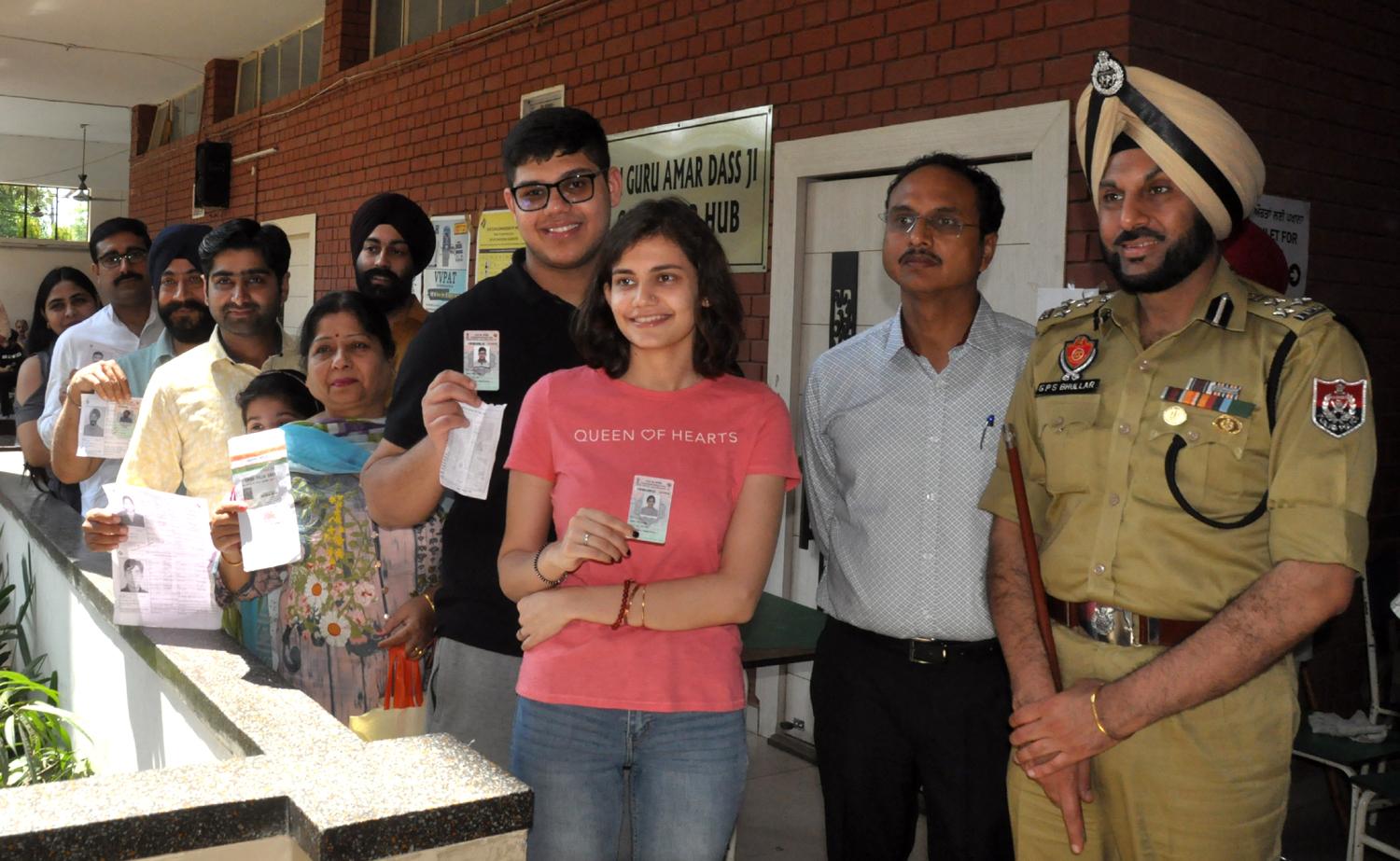 Throughout the polling day Deputy Commissioner, Commissioner of Police and Senior Superintendent of Police remained on their toes to ensure that the entire polling process was completed smoothly. The officers visited polling booths in different parts of the district to make sure that people were freely able to exercise their franchise. During the visit the officers not only interacted with the people regarding the ongoing poll to have their feedback but they also enquired about the entire arrangements from the staff on polling duty.

Similarly, the Deputy Commissioner, Commissioner of Police and Senior Superintendent of Police also encouraged the young voters besides patting the back of the volunteer students deployed by administration at various polling booths. The officers also kept a strict vigil over the entire law and order situation by visiting the field. Till the last vote was cast for the Lok Sabha polls the trio inspected the ongoing voting for smooth and hassle free conduct of polls.

Throughout the day the Deputy Commissioner, Commissioner of Police and Senior Superintendent of Police minutely observed the arrangements for the poll and gave unnecessary directions to officers / officials to ensure that no disturbance was created in poll process. Besides going to the polling booths for enquiring about percentage of votes from the polling staff they also had detailed interaction with the voters, polling agents and candidates about the ongoing poll process. The officers also assessed the security arrangements at every polling booth and gave necessary directions to the officers / officials deployed at the booths for the security.