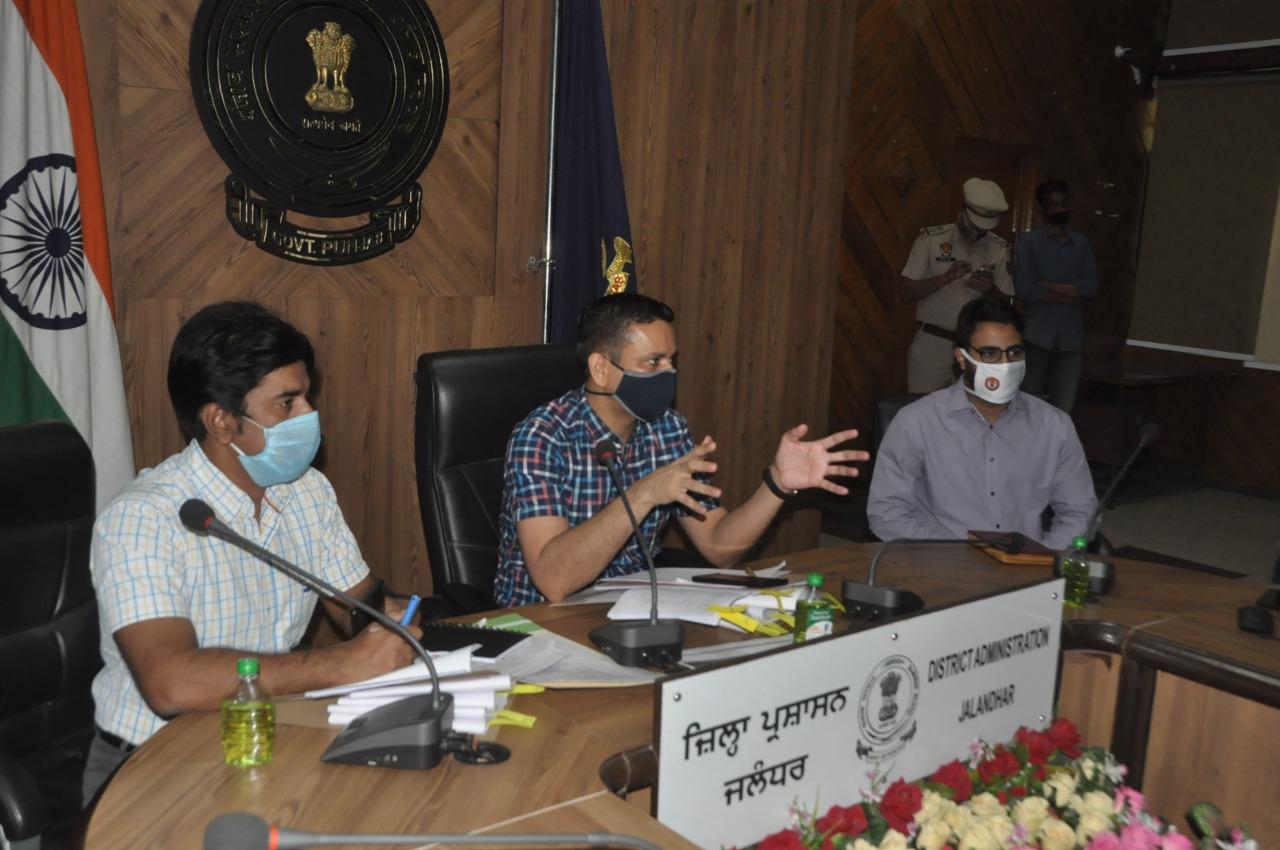 Jalandhar, September 28, 2020: Gearing up for eliminating paddy straw burning in the district, Deputy Commissioner Ghanshyam Thori today appealed the peasantry to not to resort to the stubble burning practices as the smog from the fire can aggravate problems for the COVID patients who are already suffering from the compromised immune system.

Presiding over a meeting with the officials of concerned departments, the deputy commissioner asked them to keep a close tab over the farm fire incidents by ensuring physical verification in each case. The deputy commissioner informed the officials that  Chief Minister Captain Amarinder Singh led state government has launched a special mobile app named ‘Action Taken Report’ where each official tasked with the prevention of stubble burning has been enrolled and said officials have to update their action on this application.

Thori said that from reporting of the incident, field verification to final action taken all the necessary information has to be uploaded on this application through concerned officials. He directed all the SDMs to get their staff trained to operate this new mobile application while laying utmost focus on reducing stubble burning cases.

The deputy commissioner asked police and civil administration to take stringent action against such cases including lodging of FIRs, impounding of combines, imposing of heavy penalties, and making red entry of violating farmers into the revenue record.

He said that to ensure that no erring person could escape from action as strict vigil was also being kept through remote sensing satellites. He said that the satellites would detect the place where any burning of paddy straw has taken and subsequently the administration would take action against the person involved in it.

Meanwhile, Deputy Commissioner also reviewed the paddy procurement and asked the officials to ensure that no farmers left without distribution of color-coded entry passes besides sufficient availability of Gunny bags, lifting within 48 hours and payment within 72 hours. He reiterated his commitment to providing hassle-free and smooth procurement season to the farmers.