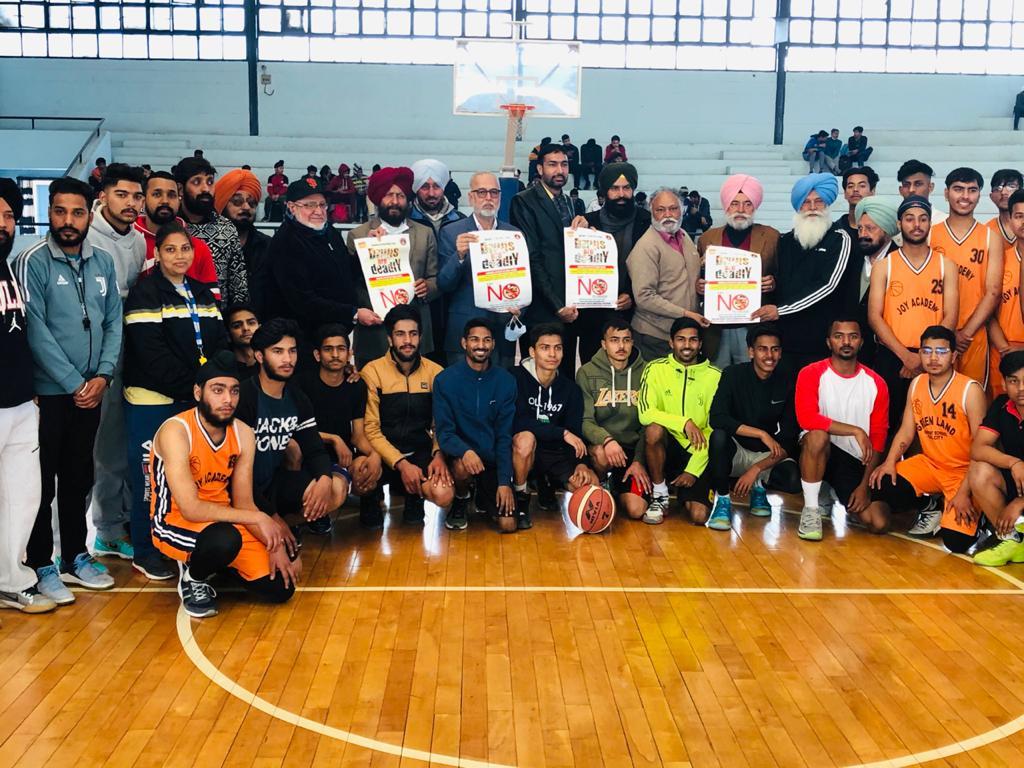 Sukhpal Singh Brar DCP (Retd.) who has also been an Arjuna Awardee sportsman inaugurated the tournament. He spoke to the youthful players to follow the twin mantra of discipline and hard work in order to succeed in life. Giving his own example, he said that nothing is impossible if you put your heart and soul into your area of interest. Barar also gave a pledge to teenage youthful players to never fall into the drug trap to ruin their career. JP Singh (PCS, retd.), President – District Basketball Association, Ludhiana (DBAL) informed that DBAL is introducing special coaching classes for not only young basketball players but also coaches so that the players can be imparted better training during their formative years. Balkar Singh Barar, a Senior Vice President of DBA was quite appreciative of PBA coaches who are helping DBA players by imparting training to district players also. Besides Olympian Balbir Singh others who attended the event were Paramveer Bhogal,  Avinash Aggarwal, Jagroop Jarkhar, Prof. Rajinder Singh, Major Singh Sohi, Vijay Chopra among many others.Teja Singh Dhaliwal, SR VP – Basketball Federation of India and Gen. Sec. PBA who also graced the occasion while thanking the Punjab Govt. informed that three indoor basketball courts have been approved under the Ludhiana Smart City Project which will give a huge fillip to the game in the district as many national and international matches will be played here.

A Poster with a terse message ‘SAY NO TO DRUGS-YES TO SPORTS prepared by DBA treasurer Brij Goyal was also released by the Chief Guest Sukhpal Barar on the occasion which was attended by players and their parents in large numbers.

Other matches are in progress for the day.