Home » Consumer Price Index Numbers on Base 2012=100 for Rural, Urban and Combined for the Month of September 2020 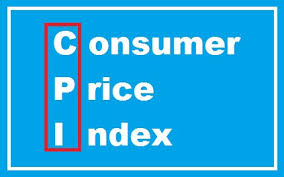 New Delhi, October 12, 2020:  The National Statistical Office (NSO), Ministry of Statistics and Programme Implementation (MoSPI) is releasing All India Consumer Price Index (CPI) on Base 2012=100 and corresponding Consumer Food Price Index (CFPI) for Rural (R), Urban (U) and Combined (C) for the month of September 2020 (Provisional) in this press note. CPIs for Sub-Groups and Groups for both All India and all States/UTs are also being released.

2.             The Price data are collected from representative and selected 1114 urban markets and 1181 villages covering all States/UTs through personal visits by field staff of Field Operations Division of NSO, MoSPI on a weekly roster. During the month of September, 2020, NSO collected prices from 98.0% villages and 97.8% urban markets while the prices reported therein were 83.0% for rural and 87.9% for urban.

All India Inflation rates (%) based on CPI (General) and CFPI

4.          Monthly changes in the General Indices and CFPIs are given below:

Note: Figures of September 2020 are provisional.

5.          Price data for CPI are received through web portals, maintained by the National Informatics Centre.