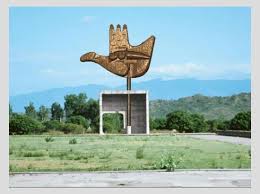 Chandigarh, July 15, 2020: Governor of Punjab and Administrator, UT Chandigarh, VP Singh Badnore today ordered a complete ban on physical press conferences, where there is a risk of infection due to large gatherings.

During the daily war room meeting, he also appealed to all political parties not to hold any gathering or function, which violates the Ministry of Home Affairs’ guidelines, which permit only events like wedding and cremation as exceptional cases.

Senior Superintendent of Police has been directed to lodge FIRs in case of the illegal gathering of any kind in the city.

Dr. Jagat Ram, Director, PGIMER stated that out of 619 COVID samples received from Punjab, Chandigarh and Leh, 37 were found positive.

Dr. BS Chavan, Director Principal, GMCH stated that out of 100 COVID samples tested, only 06 were found positive.  He also stated that the new hospital in Sector 48, Chandigarh has been commissioned on a pilot basis by shifting a few patients there.

Dr. G. Dewan, Director of Health Services stated that the second round of door-to-door screening is continuing with a focus on Manimajra.

In Manimajra, the Surveillance Team has screened 8,516 houses with 32,106 people and found 10 suspect cases, which have been sent for testing.

The Administrator advised Director, PGIMER to collect samples of OPD and emergency patients, visiting PGIMER and conduct random testing as has been suggested by some doctors of PGIMER.

The Administrator ordered immediate testing of 58 persons detected through Aarogya Setu Applications and also home confinement and self-monitoring by 131 persons.

KK Yadav, Commissioner, Municipal Corporation stated that they have increased strict screening and hygienic practices in both Mandis i.e. Sector 17 and 26.

The Administrator directed him to take precautionary measures against the outbreak of any monsoon related diseases.  He also ordered regular sanitization in congested areas and markets.

Badnore congratulated Education Department for the excellent results achieved by government schools.  He particularly thanked the teachers for great efforts in motivating the students and bringing laurels to the City Beautiful.

The Administrator decided that there should be more vigorous screening, testing and stricter implementation of orders regarding social distancing and wearing masks.  He stressed that weekly curfew or short period lockdown is still under consideration of the Administration.

Dr. Srinivasan, Sub Regional Team Leader, who is Local Coordinator of WHO for the Northern States also joined the meeting through VC.

He complimented Chandigarh Administration for several best practices; such as extensive screening of the entire population, quality contact tracing in record time and involvement of the community in containing infection.

He cited it a great success for health, police and revenue officials working within Bapu Dham round the clock, risking their own lives.

He appreciated the use of IEC material for effective communication with the population, particularly children.

Dr. Srinivasan also recommended the protection of vulnerable persons; such as senior citizens and co-morbidities cases.  He also suggested that visitors from outside should be tracked and the persons sensitized thoroughly so that they come out for self-reporting of their symptoms if any.

The National Disaster Response Force (NDRF) has always been at the forefront of public service by displaying high level of dedication in tune with their motto – आपदा सेवा सदैव सर्वत्र – which means sustained disaster response service under all circumstances.