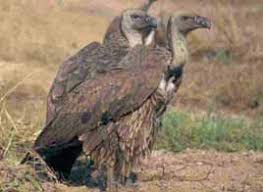 Adopt scientific methods to control dog population: Dr Samoon
By SK.Vyas
JAMMU, FEBRUARY 7,2019:  In a first step towards declaring J&K animal-friendly State, Principal Secretary Animal, Sheep and Fisheries department Dr Asghar Hassan Samoon today constituted Executive Committee of Animal Welfare Board.
The committee will be headed by Additional Secretary Animal and Sheep Husbandry Department and will be assisted by other members from animal rights NGOs besides clerical staff for making the board fully functional. 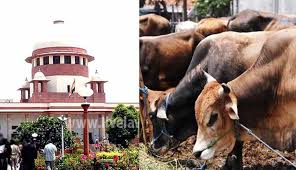 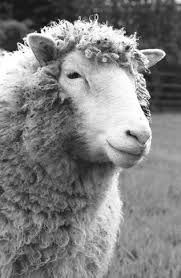 Dr Samoon called for training of veterinarians, paravets and dog handlers as part of Animal Birth Control at Roopnagar facility of Animal Husbandry Department by resource persons of Animal Welfare Board (AWBI) .  He requested the Animal rights activist Maulekh to facilitate the programme for the state.
While seeking details regarding the dog menace in Srinagar and Jammu city, Dr Samoon directed for deploying two veterinarians for each city for successful management of dog population without killing or displacing dogs or hurting human interests through animal birth control training programme (canine Programme). 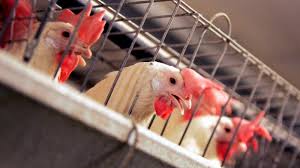 Dr Samoon also said that aim of the animal birth control training programme (canine Programme) will help in maintaining equilibrium of dog population in the twin cities of Jammu and Srinagar.
Expressing concern over the reports of man-animal conflict in the state, Dr Samoon stressed on cultivation of wild fruit trees on patches separating habitations and forests so that wild animals don’t enter in habitations for food. 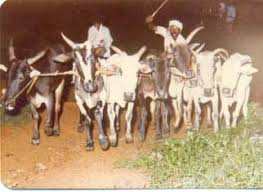 He also called for establishing animal rescue centers for wild animals in distress. He also directed for deployment of veterinary staff for round the clock in veterinary centers for the welfare of animals.
Citing the Prevention of Cruelty to Animals Act, 1990, Dr Samoon called for registration of all dog breeders and pet shop owners with the state Animal Welfare Board. He also directed for levying registration charges on dog breeders and pet shop owners.
He also asked the animal rights activists to organise various programmes for dog owners and general public for educating them about the rights of animals.
Press Information Bureau
Government of India
Ministry of Environment, Forest and Climate Change.
14-June-2018 16:52 IST
Mandate of Animal Welfare Board is to prevent cruelty, suffering and pain to all creatures: Shri S.P Gupta, Chairman, Animal Welfare Board of India

The Animal Welfare Board (AWBI) was established in 1962 under Section 4 of the Prevention of Cruelty to Animals Act, 1960. The Board ensures implementation of the animal welfare laws in the country in a very diligent manner and provides grants to Animal Welfare Organizations and advice the Centre, States and UTs on animal welfare issues. As per the Act, the Board comprises of of 28 Members including 6 MPs (4 from Lok Sabhas and 2 from Rajya Sabha). “The Board mandate is to prevent cruelty, suffering and pain to all creatures except human beings that is why our slogan is to protect ‘ants to elephants’”, said Shri S.P. Gupta, Chairman, Animal Welfare Board of India. He was addressing media on major initiatives of AWBI in New Delhi.

GOCHAR / GRAZING LAND: The most important concern before the Board is the depletion of Gochar / grazing lands for want of which animal sufferings are maximum as they have neither feed , nor fodder including basic necessities. It is pertinent to mention here that due to depletion and encroachment of Gochar land, the animals are facing extreme hardships and suffering. Keeping this in regard, Hon’ble Supreme Court of India has directed that the Gochar lands should be protected and preserved and must be used only for the purpose of animal welfare. To implement the directions of Hon’ble Supreme Court, the Board has issued the strict advisories to all the States / UTs that Gochar Land shall be used only for animal welfare and encroached gochar land got vacated.

ANIMALS (DSPCA) : AWBI has its no network up to the grass root level to prevent cruelty and protection and welfare of Animals. The matter came before Hon’ble Supreme Court and the Hon’ble Supreme Court in 2008 were pleased to issue directions for constitution of State Animal Welfare Board at State level, District Animal Welfare Board / District Society for Prevention of Cruelty to Animals at District Level and the Board at National level, thus, a three tier system was to be set-up. Unfortunately, in-spite of Board’s repeated advisories the State and UTs have failed to set-up the said system in its letter and spirit. The Board has recently issued a strict advisory to all the States / UTs to make the three tier system functional at the earliest to enforce the animal welfare laws effectively.

STRAY ANIMALS : The problem of stray animals especially cows, dogs, cats and monkeys have become rampant in all parts of the country whether it is rural, urban or semi-urban. Therefore, priority would be given to such  helpless animals with adequate shelter, feed and water. Accordingly, the advisory has been issued to all the States/ UTs that this being the mandate of local authorities, they should take care of stray animals otherwise it will be treated as cruelty. In addition to prevent cruelty, these authorities have been asked to prevent nuisance like dog / monkey biting etc. by effectively implementing sterilization and immunization program to control their populations.

The AWBI has issued an advisory to all the State Govt. and UT for revival of Cattle Pounds and Kanji Houses which includes that shelters are not to be used beyond their capacity. Further, the Board decided to issue authorisation for inspection and visit the AWOs, system to be followed for tagging of animals, action for appointment of nodal officer, implementation of rules and regulation for licencing of animals and making the officer responsible for implementation of such rules in case of their failure.

The Central Government has notified the Prevention of Cruelty to Animals (Care and Maintenance of Case Property) Animals Rules, 2017 for the maintenance of animal seized in violation of the Act, and Rules made thereunder along with corrigendum G. S. R. 185 (E) on 23.02.2018 as the State Government has not implemented these rules. Therefore, in the interest of animal welfare, the Board has an advisory to all the State Governments / UTs to take necessary action for implementation of such Rules and meanwhile suggested the minimum rates so that animals may not suffer.

The Board has taken decision to sensitize all the states governments and UTs to implement the vision and directions of Prime Minister for modernizing and developing the cities environment friendly in which special provision with respect to particularly care and concern of the animals should be taken care of. The Ministry of  Urban Development, Government of India has to play a vital role by making Modal Bye-Laws having the provision of Animals Shelters / Animals Shelters in their Smart City and other Metro City Development Plan to make this programme successful on the line of the Prevention of Cruelty to Animals Act, 1960. The Board has taken this matter along with the Ministry of Urban Development, Govt. of India and State and UTs Government by making provision of animals shelter / hostel in their city development plan in order to prevent cruelty to animals as well as to protect / save environment. The Board is very particular to take legal action including contempt against those departments and agencies which are violating the directions of Supreme Court. (AWBI Vs A. Nagraja, 2014) as well as advisories of the Board.

To effectively implementation of the above programs and enforcement of supreme court guidelines, the Board has launched a programme to meet the Chief Ministers of every States / UTs along with concerned ministers and officers. The Chairman along with other members of the Board has already met the Chief Ministers of Uttar Pradesh, Gujarat and Uttarakhand and the results of these meetings are very fruitful and these States have already starting taking adequate steps for prevention of cruelty to animals.

MODIFICATION OF EXISTING SCHEMES OF THE BOARD:

As per the current requirements, the Board has modified the existing schemes as under:

B. ANIMALS AFFECTED BY NATURAL CALAMITY:

5. To start the inspection of slaughter houses on regular basis to ensure that the animals are slaughtered in  humane manner and in accordance with the Prevention of Cruelty to Animals (Slaughter House) Rules 2001 as amended, the Food Safety and Standard (Licensing and Registration of Food Businesses) Regulations 2011 and other rules and regulations. Regular monitoring of Slaughter Houses with the coordination of State Government / local bodies to take action against illegal slaughter houses.

1. To set up animals helpline to provide medical help to sick animals in every District.

Get rewarded when yiur loved ones buy a Renault

Support and technical assistance to selected cities over next 6 months