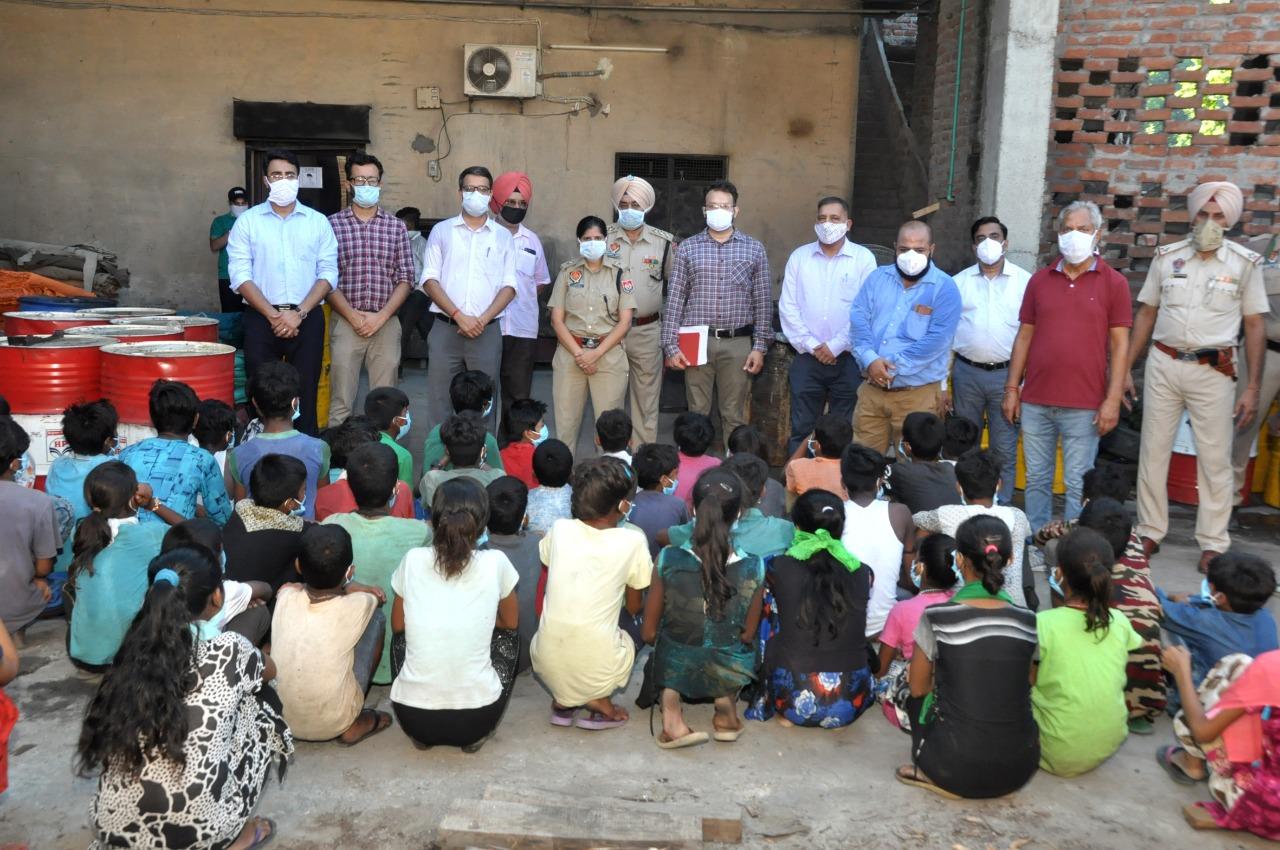 Acting on a tip-off from an NGO, the Commissioner of police Gurpreet Singh Bhullar set up a team led by ADCP-1 Ms Vatsala Gupta, Assistant Commissioner of Police Mr Barjinder Singh along with administration team headed by SDM-II Mr Rahul Sindhu accompanied by heavy police force reached both factories and found the children working in both industries.

Disclosing the details, Commissioner of Police Gurpreet Singh Bhullar revealed that a total of 37 children were rescued from JK Rubbers Industry Private Limited unit and 10 from JK Polymer Industry.

Expressing concern over the exploitation of children, he said that the erring people in this illegal act will face severe punishment for the mistreatment of children.

He said that a case under sections 3 (3) A of Child Labour Act, section 79 of Justice Juvenile Act 2015, 188 IPC, section 3 of Epidemic Diseases Act, and section 51 of Disaster Management Act has been registered against owners of the factories and contractors who were behind supplying these minor children to them.

Bhullar said that the Commissionerate police have also been probing angle of the human trafficking in this case.

He said that the rescued children were now being produced before the Child Welfare Committee and shifted to protection homes as per guidelines.