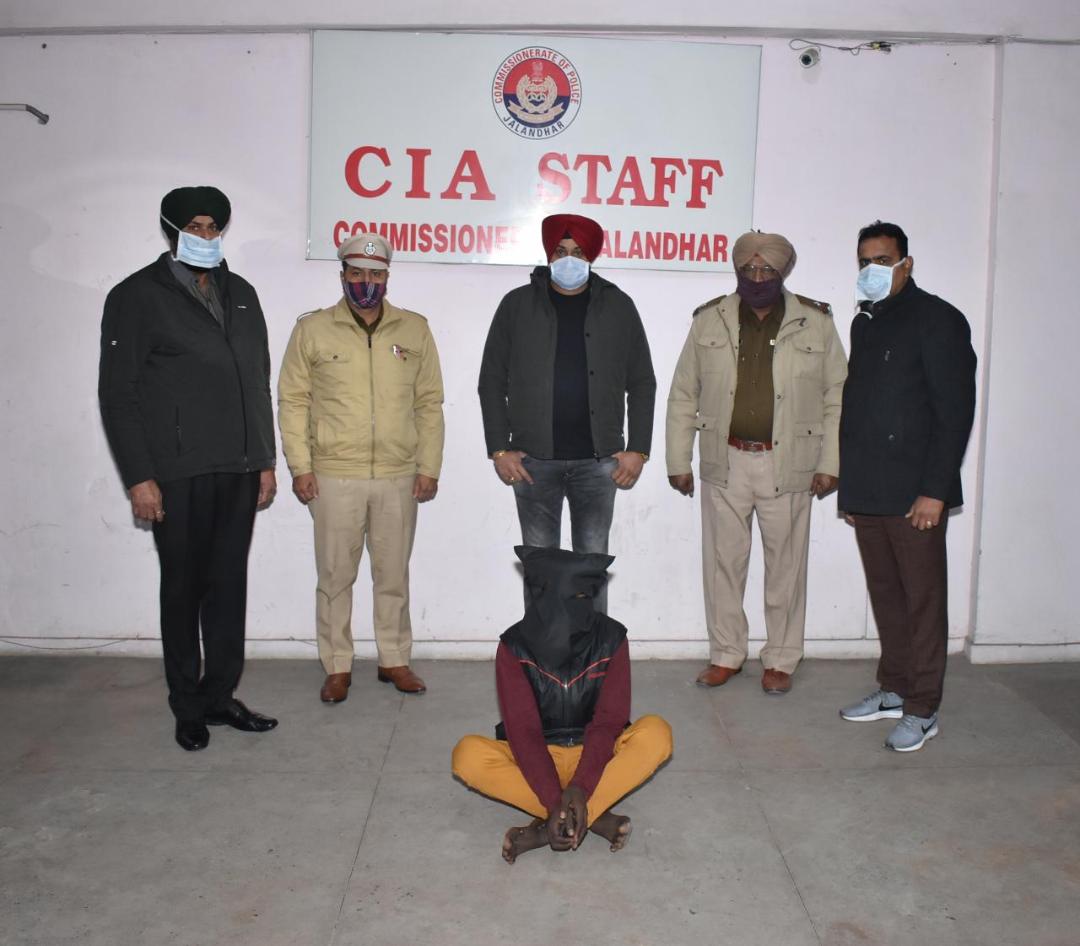 Jalandhar, December 16, 2020 – In a breakthrough, Commissionerate Police on Wednesday solved the murder case of a watchman by arresting three accused including two juveniles and seized weapon of offence, victim’s mobile and purse. The accused have been identified as Arjun (19) of Ambedkar Nagar, Ladhewali and two other minors. The police have also recovered a wooden handle used in the crime, watchman’s mobile and a purse containing his pictures and other documents.

Commissioner of Police Gurpreet Singh Bhullar said on December 8, the police control room got information that body of Pardeep Pathak (50), who was working as a watchman in Metal Corporation Factory near Suranussi, lying in a pool of blood there. He said following this, a team of the Police Station-1 reached the spot and found the watchman body’s had severe head injuries and his legs were tied with a piece of cloth. He said factory owner Dinesh Mohindroo stated to police that watchman Pardeep Pathak was working for the last 32 years and living in a room of the factory. The complainant told the factory was not in working condition and a huge quantity of iron scrap, copper and discarded machines were lying there. He said that a case under sections 302 (murder) and 34 (Acts did by several persons in furtherance of common intention) was registered against unidentified persons. Commissioner of Police said that a team of CIA Staff-1 was pressed into for tracing the case and arresting the accused. He said the cops hit the field and carried out a thorough probe on the ground and followed technical aspects, human resource besides scanned CCTV cameras installed on the service lanes of the National Highway which was the backside of the factory and got success in arresting three of the accused involved in the case.“During interrogation key accused Arjun told that he along with two other juveniles were used to target the abandoned factories for stealing the iron scrap and on December 8 night ( in between 11 pm to 12 am) barged into Metal Corporation factory after damaging backside wall and on spotting them, watchman Pardeep started shouting and making calls through his mobile resulting they killed him and stole one-quintal iron from the factory”, Gurpreet Singh Bhullar added. He said that accused would be produced in the local courts and the main accused Arjun would be taken on police remand to quiz him further about other crimes and scrap dealers to whom they had sold the iron scrap who would also be arrested in the case.