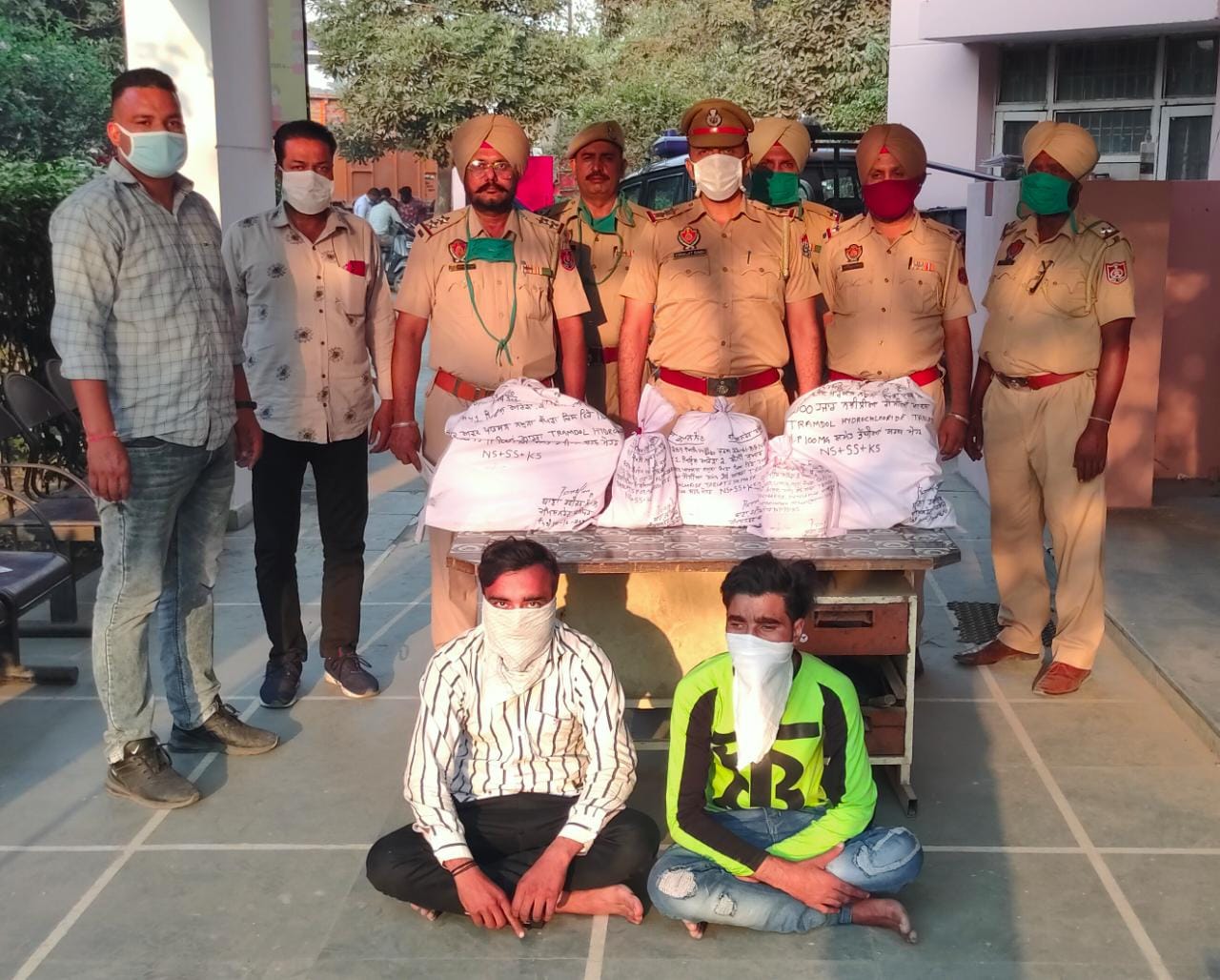 Jalandhar, October 15, 2020:In a major crackdown against the drug peddling, the Commissionerate Police on Thursday arrested two Ludhiana residents and seized 27000 intoxicant tablets and capsules.

The accused have been identified as Piyush Arora of Joshi Nagar and Sunny of Ludhiana, originally from Gandhi Nagar in Batala.

Disclosing more information, Commissioner of Police Gurpreet Singh Bhullar said that a team led by Assistant Sub Inspector (ASI) Kulwinder Singh had laid police checking at Reru Gate Chowk on Jalandhar-Pathankot Highway and the driver of a Swift (PB10-EQ-6409) which was coming from Pathankot side, tried to flee away after spotting cops but in vain.

He said on suspicion, the cops interrogated the car occupants Piyush and Sunny and conducted a search in the car.

Commissioner of Police told that a case under section 22 of the NDPS Act has been registered against them in Police Station-8.

He said that a team led by ADCP Vatsala Gupta and ACP Sukhjinder Singh has been carrying out a detailed probe in this case and whole nexus would be busted out.

Bhullar added that the accused would be produced in a local court and would be taken on police remand for further interrogation.

Only brother of 5 sisters, found hanging in mysterious circumstances in Ferozepur