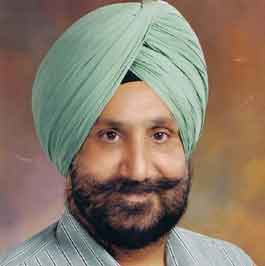 Jalandhar, January 24, 2020: In a major initiative aimed at giving a boost to the overall development of the city, the Cooperation and Jails Minister Sukhjinder Singh Randhawa would lay the foundation stone of development works worth around 100 crores on Saturday (January 25 ).

The Deputy Commissioner further said that Mr. Randhawa would also lay the foundation stone for development of Smart Roads in Area Based Development zone of Jalandhar at a cost of Rs 36.16 crore under the DAV College flyover. He said that the projects worth more than Rs 100 crore would give much needed impetus to the development of the city. Mr. Sharma said that the Punjab government led by the Chief Minister Captain Amarinder Singh was committed for giving fillip to the overall development of the city and no stone would be left unturned for this noble cause.

The Deputy Commissioner said that the Minister would lay the foundation stone in the august presence of the MLAs and other dignitaries of these respective areas. He said that all the arrangements for the foundation laying of these projects have been completed. Mr. Sharma said that the executing agencies for these development works would be the Municipal Corporation Jalandhar and the Jalandhar Smart City Limited.