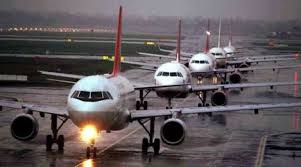 New Delhi, September 27,2018 :  – The people of Haryana travelling on Delhi-Hisar and Hisar-Chandigarh routes have a reason to cheer as Hisar Civil Airport has now the authorization to operate Scheduled airline operations on these routes. The selected Airline is expected to start operations six- day a week from November 2018 onwards.

While stating this here in Chandigarh, a spokesman of Civil Aviation Department said that Hisar Civil Airport has now the authorization to operate Scheduled airline operations as it has been accorded Aerodrome Licence today, by the Directorate General of Civil Aviation, Government of India. This licence authorizes the Airport to operate Scheduled airline operations.
He said that the Government of India, Ministry of Civil Aviation has selected the Hisar Airport for operations on Delhi-Hisar and Hisar-Chandigarh routes under the Regional Connectivity Scheme UDAN. In addition, the Civil Aviation Department has also invited Air Operators to operate on mutually agreed routes from Hisar. The last date for applications is   October 19, 2018. The Department is also going to shortly open the Narnaul Airport for Aero Sports activities like Sky Diving, Hot Air Ballooning and power gliding.