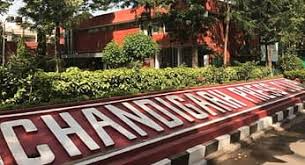 Chandigarh,Dec 2, 2020: Chandigarh Press Club condemned the attack on journalists by Punjab Youth Congress in Chandigarh on Wednesday. The electronic media was there to cover the agitation led by the Punjab Youth Congress president Birender Singh Dhillon and while on the way to ‘gherao’ the Haryana chief minister’s residence, some of the congress youth workers started pelting stones on the electronic media, who were at the other corner of the road for the coverage.

Aaj Tak’s journalist Satender Chauhan was injured and received stitches on the head, while other electronic journalists, including camera persons, had a narrow escape.