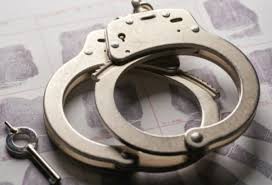 Chandigarh March 2, 2021:  The Chandigarh Police have unearthed a nexus of cheaters and fraudsters by arresting two persons namely Sanjeev Mahajan and Manish Gupta. The police have briefed the facts in a press release of the case and stated that a House No 340, Sector 37A, Chandigarh measuring (338 sq. Yds) belonged to the mother of Rahul Mehta S/o Ved Parkash Mehta. The mother, father and brother of Rahul Mehta have been passed away and only Rahul Mehta is the legal heir and owner of the above-said house.

The health condition of Rahul Mehta is not good so by taking the advantage of his ailment, Sanjeev Mahajan, Sukhbir @ Bittu, Manish Gupta, Khalli and others hatched a conspiracy to grab the above-said property. They confined him in a room of a house in question and tortured them and also got executed a General Power of Attorney  (GPA) of the house in question in favor of Arvind Singla and Khalinder Singh Kadian by Rahul Mehta in which the powers of transfer were also there.

It is further revealed during the inquiry that in the month of June/July 2017, Rahul Mehta was taken by Surjit Bouncer, Sanjeev Mahajan, Sukhbir alias Bittu, Khalli and others to Bhuj (Gujarat) and confined in a Stud Farm House more than one month. Rahul Mehta who is presently admitted in APNA GHAR ASHRAM, Bharatpur, Rajasthan also joined in the inquiry who stated that in the month of April/May 2017, persons named above said Sanjeev Mahajan, Surjit, Sukhbir alias Bittu, Khalli and others forcefully entered in his house No. 340, Sector 37A and occupied the upper floor of his house.

They beat him awfully and locked him in a room in his house. They also tortured him and threatened to kill him. They also got his signatures forcefully on blank papers as well as blank cheques. He was taken to Bhuj by Surjit and left with one Abdul Karim, who has a Stud Farm there. After some months, Abdul Karim got admitted in a Ram Dev Sewa Ashram Bhuj, Gujarat. After that he was transferred to Shardha Foundation, Kajrat, Maharashtra and further transferred to Apna Ghar Ashram, Delhi, thereafter, he transferred to Apna Ghar Ashram, Rajasthan. He categorically stated that he had never sold his house to anyone till now.

It has come to know that the accused persons namely Saurav Gupta, Khalinder Singh Kadiyan, Arvind Singla, Sanjeev Mahajan, Ashok Arora, Satpal Dagar, Surjit Singh, Sekhar, Manish Gupta and others with the common criminal conspiracy and by making fake documents i.e. General Power of Attorney, Cancellation of GPA and further executed a Sale Deed on 1.3.2019 in respect of H. No. 340, Sector 37A, Chandigarh in favour of Saurav Gupta by presenting proxy of Rahul Mehta before the Sub Registrar, Estate Office, Chandigarh whereas on the date of Sale Deed, Rahul Mehta was admitted in Apna Ghar and never come to Chandigarh for the purpose of cancellation of GPA as well as execution of Sale Deed. Thus the accused in connivance with each other’s committed offences as mentioned above. During the course of investigation, accused Sanjeev Mahajan and Manish Gupta have been arrested  here on Tuesday and being produced before the Illaqa Magistrate with the request for seeking police custody for the purpose of thorough investigation.