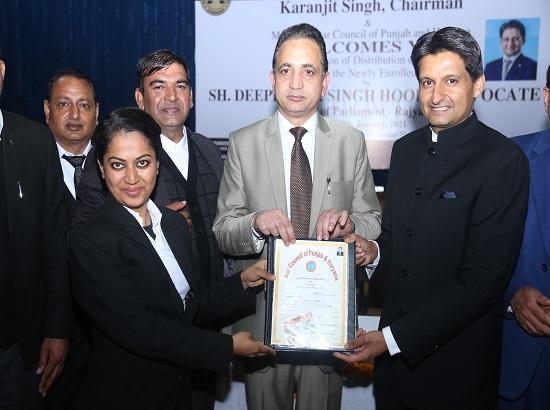 Chandigarh, January 30, 2021: As many as 300 law graduates got enrolled as advocates during a function organized by the Bar Council of Punjab and Haryana on Saturday at the auditorium of Law Bhawan in Chandigarh.

Hooda advised that there is no substitute for hard work. He advised the new entrants to have patience and put in hard work with all sincerity and integrity to achieve the goal of practice to perfection.

Haryana Governor Shri Bandaru Dattatraya on Monday said that Maharana Pratap was a man of valour, sacrifice and great determination.

Haryana Governor Shri Bandaru Dattatraya has extended heartiest congratulations and best wishes to the team of Guru Jambheshwar University of Science and Technology for winning medals in various competitions at the Khelo India University Games-2022 held in Bengaluru.