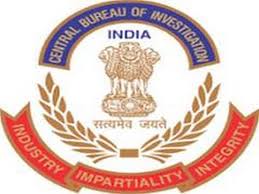 New Delhi August 4, 2020: The Central Bureau of Investigation has registered a case against eight then public servants including then CEOs of Patnitop Development Authority, District Udhampur (J&K) and others including Owners/Proprietors of Hotels/Resorts/Guest Houses on the allegations of large scale illegal construction/encroachment of land in the tourist location of Patnitop area of Udhampur District (J&K).

A Preliminary Enquiry was earlier conducted on the directions of Hon’ble High Court of J&K. It was alleged that the public servants having dominion/jurisdiction over land in Patnitop, in conspiracy with the Owners/Proprietors of the Hotels/Guest Houses/Resorts, etc. had allowed illegal construction/illegal use of the said land in violation of the law, leading to loss to the Government. It was further alleged that many Hotels/Guest Houses were constructed without any permission and were not registered with PDA. It was also alleged that officials did not take any action despite being aware of such encroachment. In some cases, no compounding fee was allegedly deposited by the Hotels.