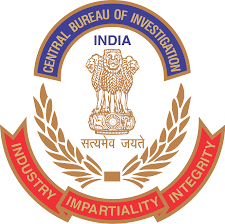 New Delhi, September 19, 2020: The Central Bureau of Investigation has filed a supplementary charge sheet on 18.09.2020 in the Court of Special Judge, CBI cases, New Delhi against 15 accused including private persons, private companies (based at Mohali/Chandigarh, New Delhi, Kolkata, Mauritius), then Managing Director, then Director, then GM & other officials of said companies Under Section 120B Read With Section 201, 420, 467, 468, 471 IPC and sections 7, 8, 9, 12 & 13(2)Read With Section  13(1)(d) of Prevention of Corruption Act, 1988 in a case related to the award of a contract to a company based at the UK for the supply of 12 VVIP Helicopters.
It was alleged during the further investigation that the two accused through their New Delhi based company had acquired a company based at Kolkata in 2009 to launder illicit kickbacks/ill-gotten money and received it through banking channels in collusion with other accused who created shell companies & opened fake accounts in different banks for returning such kickbacks.

It was further alleged that in pursuance of the conspiracy, the other accused through their respective companies had facilitated in transferring/routing the kickbacks/bribe paid by a company based in the UK. The other accused allegedly prepared fake invoices and sent mails for transferring the said kickbacks through said companies. The copies of documents & details were recovered.

CBI had earlier filed a Charge sheet in this case on 01.09.2017 against then Air Chief Marshal (now Retd.) and 11 other accused.

The public is reminded that the above findings are based on the investigation done by CBI and evidence collected by it. Under the Indian Law, the accused are presumed to be innocent till their guilt is finally established after a fair trial.

CBI files supplementary Chargesheet against 28 accused in a Scam