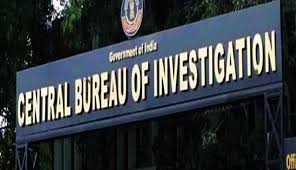 New Delhi Feb 8, 2021: The Central Bureau of Investigation has today filed a charge sheet against seven accused including then Commandant, BSF & private persons in the Special Court, Asansol(West Bengal) in a case related to alleged illegal cross-border trade of cattle.

CBI had registered a case on 21.09.2020 against 04 accused including then Commandant, BSF; three private persons and unknown public servants/private persons on the allegations of illegal cross-border trade of cattle.  Searches were conducted at around 34 locations across the country at the premises of accused.  Then Commandant, BSF and a private person were arrested during the course of investigation. The said private person continues to be in judicial custody at the time of submission of chargesheet.

Evidences have been found during investigation regarding the alleged illegal cross-border selling of cattle, the related movement, delivery and use of ill-gotten money. It was further alleged that the said private person was the organizer of this illegal trade and was assisted by two other accused in connivance with then Commandant of 36 Bn. BSF deployed at Murshidabad and Maldah. It was also alleged that three other accused assisted and showed fictitious business activities to regularize the ill-gotten money.