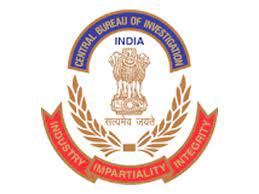 New Delhi March 25, 2021:  The Central Bureau of Investigation (CBI) has today conducted searches at more than 100 places across India in connection with more than 30 cases of bank fraud amounting to over Rs.3700 crore. These searches are part of a Special Drive to book the fraudsters on the complaints received from different Nationalised Banks in India.  The complainant banks include Indian Overseas Bank, Union Bank of India, Bank of Baroda, Punjab National Bank, State Bank of India, IDBI, Canara Bank, Indian Bank and Central Bank of India.

During searches, various incriminating documents and other material/digital evidence have been recovered.

It may be stated that CBI has been receiving a number of complaints from various Banks alleging cheating, diversion of funds, submission of fake/forged documents by different defaulting firms while obtaining loans/credit facilities etc. There have been allegations that such firms have been turning defaulters resulting in the loans becoming Non-Performing Assets(NPAs), thus causing heavy loss to the public sector banks. After scrutiny, the cases are registered by CBI. A thorough investigation is carried out in order to book the culprits, take them to face the law and endeavor to salvage public money.