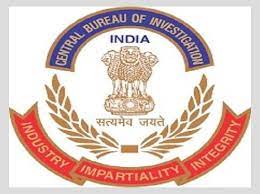 Praveen Sinha, in In-charge Director today greeted the officers and all the members of CBI family across the country on the 59th Foundation Day of Central Bureau of Investigation.

Sinha also said the credibility of CBI is exemplified from the fact that Constitutional Courts and State Governments have been referring large number of matters to CBI.  CBI is growing in strength and competence and adapting to new challenges in investigation. He emphasized that CBI has gained trust of constitutional courts and general public at large over the years.

In addition to these functions, he added, CBI enjoys the status of National Central Bureau of India to communicate to other countries through 194-member countries of channels of Interpol.  In this way, CBI assists different law enforcement agencies of India as well as different member countries to trace international fugitives, absconders etc.

Praveen Sinha added that CBI has recently brought out the updated Crime Manual-2020 after 15 years. The previous Crime Manual was published in 2005, thereafter, significant developments took place that necessitated the bringing out of a new Edition of the Manual. An exercise was also undertaken to update our circulars and in this process, more than 40 circulars/office memorandums were updated.

Sinha also emphasized that there is an increasing demand for CBI investigation which is proof of the trusts and faith of India. CBI strives for excellence in the investigation and prosecution of offences by benchmarking its standards with the best law enforcement institutions in the world. CBI has been successfully suggested many important steps for change of procedures while doing Preventive Vigilance exercises and making a suggestion to the appropriate departments. CBI also needs to increase its presence in the area of Preventive Vigilance. He also complimented the CBI officials for their professional work and for achieving better results and congratulated CBI Day award winners announced today. He added that the CBI could make impressive strides due to the contribution of all members from senior officers to the executive staff.

Sinha also lauded the work undertaken by CBI officers & staff during the unprecedented Covid pandemic by continuing investigation as before despite a large number of our personnel being affected themselves & few of them succumbing to it.

R.K. Shukla, former Director, CBI also greeted officers & staff and stressed that CBI is ready to take up future challenges. He felt that CBI will achieve the challenge of timely investigation and greater professionalism.

.The Additional Directors Ajay Bhatnagar and Sh. D.C. Jain also greeted the officers & staff on the occasion. They lauded the excellence achieved over the years and called for taking the same forward and other senior officer & officials of CBI also present during the address.