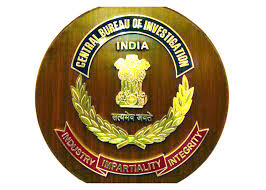 New Delhi Feb 12, 2021: The Central Bureau of Investigation has arrested two officials of FCI, Hisar (Haryana) in an alleged bribery case of Rs.7000/- in which bribe was sought against the release of remaining arrears from an employee (Labour) who had taken VRS.

A case was registered on a complaint against the accused AG-II (Accounts)/ Clerk, FCI Divisional Office, Sirsa Road, Hisar and an Employee of FCI Godown, Sirsa Road, Hisar. It was alleged that AG-II (Accounts) in FCI Hisar, had demanded a bribe of Rs 8,000/- from the complainant in lieu of depositing the remaining amount of arrears and other retirement benefits in the account of the complainant. On negotiation, the bribe was reduced to Rs.7000/-. CBI laid a trap and caught both the accused in the said bribery case.

Both the accused were produced before the Competent Court and were remanded to Judicial Custody for 14 days.