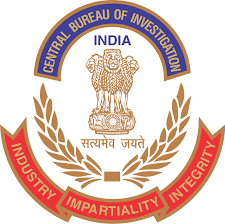 New Delhi January 10, 2021:           The Central Bureau of Investigation has arrested two accused in an on-going investigation of a case related to the alleged sale/purchase of child sexual abuse material over Instagram and other social media platforms.

CBI  registered a case against Neeraj Kumar Yadav (named in FIR) – B.Tech and  Kuljeet Singh Makan (another person) a private person under Section 14 of the POCSO Act, 2012 and Under Section  67-B of the  Information Technology Act, 2000 on the allegations that the accused were advertising over Instagram Account for sale of objectionable material including child pornographic material.

According to the Spokesperson of the CBI  today. It was further alleged that the said accused had purchased a large volume of data, from another accused person, which was stored over cloud-based websites containing objectionable material including child pornography material and made payment to him through Pay-TM for the same.  Thereafter, the accused allegedly published an advertisement for the sale of said material over Instagram. On receipt of payments via Paytm / Google Pay etc. from the customer(s) / seekers, the accused was allegedly sharing the said objectionable material with them through Whatsapp, Telegram, Instagram and other social media platforms. It was also alleged that he has gained monetary benefits and was indulging in these activities since 2019.

Both the arrested accused were produced before the Competent Court at Saket, New Delhi and have been remanded to Judicial Custody up to January22.2021.

CBI registers case against Bangalore based Pvt Co.causing Rs.200.38 Cr  loss to Banks
CBI FILES A SUPPLEMENTARY CHARGESHEET AGAINST FOUR THEN OFFICIALS OF HARYANA POLICE IN AN ON-GOING INVESTIGATION OF A CASE
Comment