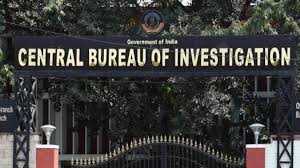 New Delhi Jan 13, 2021: The Central Bureau of Investigation has arrested a Head Constable of Delhi Police, posted at Police Station Connaught Place, New Delhi and two others in an alleged bribery case.

A case was registered on a complaint alleging that the accused demanded a bribe from the complainant to run his shop by the side of the road in Connaught Place, New Delhi. CBI laid a trap and caught a private person while accepting bribe of Rs. 25,000/- on behalf of said head constable, from the complainant. The head constable and another private person were also arrested.

All the arrested accused were produced before the Competent Court, Delhi and remanded to Judicial Custody.

In the first case

In the second case

The accused was produced before the Competent Court, Delhi and remanded to Judicial Custody.