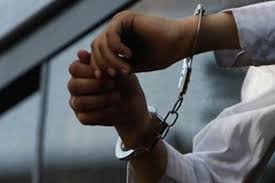 By SK.Vyas :
New Delhi, March 2o,2o19: The Central Bureau of Investigation has arrested G.Ravichandran an Executive Director (Finance), Airport Authority of India, New Delhi for demanding and accepting a bribe of Rs. Two Lakh from the complainant.

This was stated by RK. Gaur, Spokesperson.of the CBI today. He said a case was registered on 20.03.2019 Under Section 7 of PC Act (Amended in 2018) against the Executive Director (Finance), Airport Authority of India, New Delhi on a complaint alleging the demand of illegal gratification from the complainant for showing favour. It was alleged that the firm of complainant based at Chennai is a prospective bidder in the tender meant for ground handling at different Airports in India. Searches are being conducted at the premises of accused at Delhi and Chennai.

The arrested accused is being produced today before the Competent Court at Delhi.

DIRECTOR PRESENTS AWARDS TO 68 OFFICIALS ON 57TH CBI DAY
CBI ARRESTS AN ABSCONDER THEN APPRAISER IN CUSTOMS DEPARTMENT, CURRENTLY IMPERSONATING AS A DOCTOR IN A MEDICAL COLLEGE
Comment