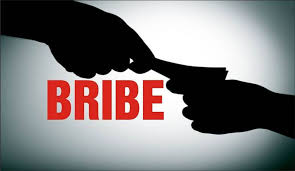 New Delhi Feb 15, 2021:   The Central Bureau of Investigation has arrested an MTS, working with Enforcement Directorate, Bengaluru and a private person in an alleged bribery case.

Both the arrested accused were produced today before the Competent Court, Bengaluru and remanded to five days Police Custody.