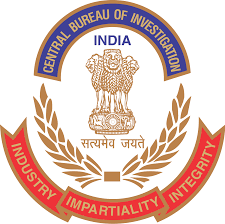 New Delhi March 28,2021:         The Central Bureau of Investigation has arrested an absconding accused(Economic Offender) at Delhi who was deported from Riyadh. He was involved in five cases registered in CBI at Chennai. CBI had got issued a Red Notice through INTERPOL against the accused. The accused was located in Saudi Arabia and with the close assistance & coordination with the authorities in Saudi Arabia through INTERPOL channels, he was deported back to India.

The arrested accused is being produced today before the Competent Court at Ernakulam (Kerala).

CBI had registered five cases on the Orders of Kerala High Court and taken over the investigation of the cases, earlier registered at Police Station Kasargod (Kerala).

In four cases, it was alleged that the accused and others floated a private company based at Kasargod (Kerala), made false promises & representations/ declarations  to the public at large with the assurance to return of investment with higher/exorbitant rate of interest after 61 days of their investments and also promised to pay commission of 2% p.m. to the agents who had mobilized the investments for the said company.

During investigation, it  was found that in 2009 – 11 , all the accused including said arrested one, private company(07 private persons & one company) had entered into conspiracy at Kasargod and other places, floated a  fraudulent scheme called Forex trade (trading with foreign currencies), promised a monthly returns of 7% on principal to the depositors & 2% to the agents for mobilizing the depositors, collected huge deposits in cash to the tune of around Rs.9,93,68,000/-(approx.) from depositors  and cheated them by not repaying the assured returns as well as the principal amount, thereby caused  huge loss to the Depositors.

After investigation, a chargesheet was filed in the Court of Chief Judicial Magistrate, Ernakulam. The accused were declared as Proclaimed Offenders by the Court.

The fifth case was registered on the allegations that the accused induced the petitioner/Complainant to arrange Rs.50 Lakh(approx.) as deposit and promised to give monthly returns arising out of his Business to the depositors. The Complainant allegedly invested 19 Lakh in the Year 2011 in the said Company and the accused did not pay returns as well as the Principal amount to the complainant.

It was found during investigation that during 2009-11, all accused including said arrested one & private company (all Private Persons) hatched a conspiracy at Kasargod & other places, floated a  fraudulent scheme called Forex trade (trading with foreign currencies), promised a monthly returns of 7% on principal to the depositors, collected huge deposits from depositors  and cheated them by not repaying the assured amount as well as the principal amount, thereby caused loss to the Depositors. After investigation, chargesheet was filed in the Court of Chief Judicial Magistrate, Ernakulam.