Home » CBI ARRESTS AN ABSCONDER THEN APPRAISER IN CUSTOMS DEPARTMENT, CURRENTLY IMPERSONATING AS A DOCTOR IN A MEDICAL COLLEGE 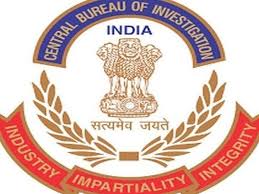 By SK.Vyas
New Delhi, March 8, 2019: The Central Bureau of Investigation has arrested Abhinav Singh, then Appraiser, Customs Department, Mumbai, impersonating as Dr. Rajeev Gupta, an absconding accused,   in a case related to wrongful loss caused to the Customs Department. The accused was absconding for the last about 20 years and was declared a Proclaimed Offender by the Court.

This was stated by RK.Gaur Spokesperson of the CBI today. He said the accused was wanted in a CBI case, which was registered on 29.09.1999 on the complaint of the Customs, SIIB, New Custom House, Mumbai against the accused and others including private firms. It was alleged that, while working as Appraiser, Customs Department, Mumbai, he had abused his official position and dishonestly confirmed fake DEPB Scrips (Duty Entitlement Pass Book) as genuine submitted by other accused companies and persons. The fraudulent acts of this Appraiser, Customs Department, Mumbai and other accused caused wrongful loss to the Customs Department (Govt. of India) to the tune of approximately Rs. 4,00,72,496/- by way of loss of customs duty on goods imported. It was also alleged that the accused Appraiser had received Rs. 5 lakh and a Maruti Zen car from other accused (private person/companies during 1998-99).  The accused did not join the investigation and was absconding. He was removed from the service by the Competent Authority.

It was alleged that he had changed his identity on the basis of fake and forged degrees and had started working as a doctor in Medical Colleges / Hospitals. He was arrested by CBI, while he was impersonating as a Doctor and reportedly working as Associate Professor with a Medical College in Akbarpur, Chhata, Mathura (Uttar Pradesh).

The arrested accused was brought to Mumbai on transit remand and was produced before the Special Judge, Mumbai. The Court has remanded the accused to CBI Custody till March 13, 2019.