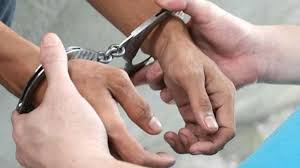 Photo for representation only

New Delhi Feb 8,2021:   The Central Bureau of Investigation has arrested a Junior Engineer, Military Engineer Services, Visakhapatnam, while demanding and accepting bribe of Rs.32.000/- from the complainant.

Searches were conducted at the office and residential premises of accused at Visakhapatnam and Kovilpatty(Tamil Nadu) which led to recovery of incriminating documents.

The arrested accused was produced before the Competent Court at Visakhapatnam and remanded to Judicial Custody for 14 days.