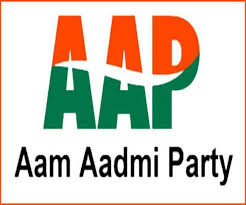 State govt backtracked on paying a due honorarium to Anganwari workers: AAP

In a statement issued from party headquarters in Chandigarh here on Saturday,  Budhram said that the circular issued by the Ministry of Finance headed by Manpreet Singh Badal denying the ‘hiked’ honorarium to Anganwari workers by the union government was a cruel joke on Anganwari workers played by the state government.

The AAP leader said that in September 2018, the union government had promised to hike the honorarium of Anganwadi worker, mini workers and helpers, to Rs 1500, Rs 1250 and Rs 750 per month, respectively, in which the state government had to contribute 40 per, which didn’t happen as the government in the saddle ran away from its liability by paying its share of Rs 600.

Budham said that in view of the sky-high inflation, an honorarium of Rs. 1500 to Anganwari Workers, Rs 1250 to mini workers and Rs 750 for Helpers was for too inadequate, which was not even at par with the minimum wages norms, he said. He said the government should immediately issue a notification revoking 40 percent cut in their honorarium.

Buddham appealed to all Anganwari organizations that in the event of the government not issuing the notification immediately restoring the cut, they should teach Captain Government a lesson in the Lok Sabha elections, as they had taught to the Badals and their government in 2017.